From Every Sphere (Astralwerks) 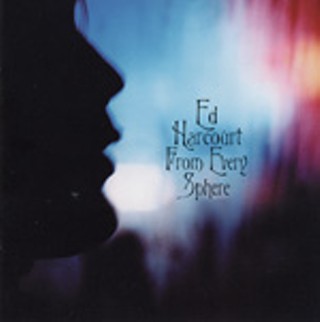 From Every Sphere (Astralwerks) From the Rufus Wainwright school of fey piano comes Ed Harcourt, who somehow manages to be sensitive while avoiding the pitfalls of treacly lovesick puppyness. The young Briton's sophomore release, From Every Sphere, opens on a perfect sweet-and-sour note with "Bittersweetheart," a languid tune with teeth that sink in and don't let go. As the album progresses, Harcourt flirts with different stripes of weirdo-pop, affecting a Tom Waits pose, both sonically and narratively, on "Ghost Writer," a story about a stalker that Harcourt punctuates every other line with a greasy "hey." "Undertaker Strut," meanwhile, is the tale of a man in a black coat that roams the countryside killing children. Songs like these keep things interesting, but not consistently so. The listener's attention drifts as Harcourt dips into sleepy introspection, although his voice is so arresting that one won't wander for long. The mood here is often dark and gloomy, but the approach is more baroque than the typical sad boy's, Harcourt embellishing his tunes with musical doodads like trilling horns and ironic drum machines that suggest sly hope winking from behind those black curtains. (Sunday, 2:50pm, Austin Ventures stage)