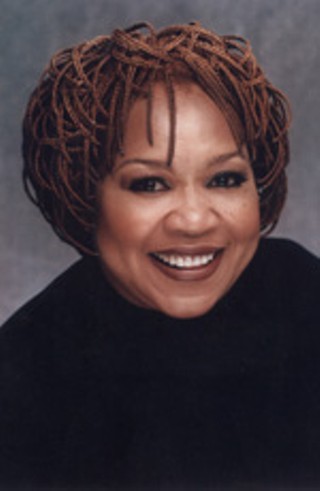 "Good morning! It's a beautiful day. I've had my 4-mile walk, and I'm feeling good!"

At 63, Mavis Staples is one active woman. In the last nine months, she's appeared on PBS with Booker T. Jones, posed for Vanity Fair, recorded a Johnny Cash tribute and on a Bob Dylan collection, toured with Tom Petty, performed at Radio City Music Hall, and received a Chicago African-American History Makers Award. For Staples, it's just another year as part of the gospel group that bears her name.

What distinguished the Staple Singers are the messages they delivered during the civil rights era. Songs such as "Why (Am I Treated So Bad)" and "Respect Yourself" went hand in hand with traditional spirituals such as "Uncloudy Day" and the group's immortal crossover hit, "I'll Take You There." In addition to a project memorializing the group's late patriarch, Pops Staples, the project dearest to Mavis' heart was her 1996 tribute, Spirituals and Gospel Dedicated to Mahalia Jackson.

"I was about 8 years old when I heard a lady singing on Pops' record player," recalls the singer. "'That's Sister Mahalia Jackson,' he told me, and from that day on, Pops had to play her every day.

"When I was 11, we opened for Mahalia at the Tabernacle Church, and I tell you, my little heart was about to jump out of my throat! My sisters and I shared a dressing room with her, and I kept my eyes on that door. When it opened, I was beside her so fast no one could have stopped me! She looked like a giant princess, tall and dressed in cream brocade. I looked up to her and said, 'Well, hello Miss Sister Mahalia Jackson!'

"I thought her first name was Sister!

"'Fine,' I said. 'My name is Mavis, and I sing with my father and brother and two sisters.'

Jackson's influence on Mavis was enduring, and one she cites today.

"I love to see the people smile when I sing, to reach them people, make them feel good, and give my all. I love to serve the purpose of the Lord. I never intend to retire."