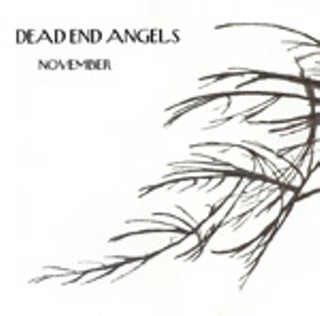 November (Down Time) Featuring a pair of ex-Groobees, vocalist and main songwriter Scott Melott and drummer Craig Bagby, plus guitarist Rick Poss, who's played with folks like the Robison brothers and Chris Knight, and bass player Troy Wilson, the Dead End Angels have a worthy pedigree. Add to this Alejandro Escovedo, who produced their debut, November. Unfortunately, it only adds up to your standard Americana/heartland rock with lots of guitars, a hint of twang, and occasionally pleasing harmonies. Escovedo provides some of his friends to flush out the band's sound, including cellist Brian Standefer and Susan Voelz on violin. Libby Bosworth adds her vocals to the mix on a couple of tunes as well. The weak spot is Melott's songs, which are routine, filled with plainly drawn images and recycled guitar riffs. After a while, it all sounds the same. A couple of tunes mid-disc, "Milk and Honey" and "All I Want to Do," jolt some electricity into the proceedings and hint at potential. A few others with an equal amount of energy might get these Angels noticed.