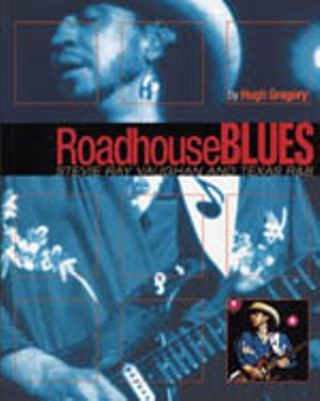 Were any major revelations to have appeared in the last few years about Stevie Ray Vaughan, Roadhouse Blues: Stevie Ray Vaughan and Texas R&B (Backbeat Books, 192 pp., $13.95) might be necessary. Instead, it's a rehash by British author Hugh Gregory, taken largely from newspaper and magazine accounts and tagged with a smattering of end text about Texas R&B. That's not to say it doesn't hold interest, especially for fans wanting post-career analysis and discography ephemera, just that the turf is well-trod. Why another book on John Cale? His autobiographical What's Welsh for Zen covered it all in 2000. Yet in Sedition and Alchemy: A Biography of John Cale (Peter Owen, 240 pp., $14.95), author Tim Mitchell fills in the holes left by the ex-Velvet Underground founder's artsy, confessional work, providing a more convincing picture of Cale's career and not slavishly parroting LaMonte Young as godfather of avant-garde, for example. (Note: I was interviewed for this book.) The well-meaning and exhaustively researched The Handbook of Texas Music (Texas State Historical Association, 393 pp., $24.95) is a musicologist's dream but may send the casual music fan -- and maybe a journalist or two -- running for Rolling Stone. Its nearly 400 pages of encyclopedic entries cover the length and breadth of Texas music, musicians, and events in a manner so academic as to deplete the subject of life while making it a perfect reference volume. Since no one else has attempted a local poster-art collection (a book of Armadillo World Headquarters posters is still in the making), editor Chris Wing and his co-conspirators Biscuit and Drew Dillard get the pink-and-black confetti for effort on the Big Book of Austin Punk Era Posters and Images Vol 1 & 2 (Family Fun, $45, through www.austinpunkera.com). BBAPEPI is entertaining on numerous levels, not the least of which is the crude, folk art-punk style that married found art with rub-on lettering in those precomputer days of the late Seventies and Eighties. Skewed heavily toward gigs with Sharon Tate's Baby (editor Wing was STB vocalist), the Big Boys, and the Dicks, the collection makes no attempt at either completion or chronology, perhaps to its detriment. But until there's another book on the subject, it's the high school annual from the class that never was.