Austin from A to Z 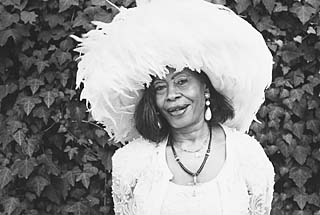 Last week, the most thought I put toward music was wondering if the Ataris covering "The Boys of Summer" is really such a good idea. (It sounds great, but it is a Don Henley song.) It was "TCB" vacation time, in a part of central Arizona hilariously dubbed Rim Country: breathtaking mountain scenery, extreme fire danger, and no nightlife to speak of. At one point, I even played that old family-trip standby, the Alphabet Game, and later got to wondering, "How would that work in Austin?" Pretty well, as it turns out ...

MARK COLLINS, PHILIP CROLEY, DAVID COTTON: C no evil, hear no evil, book no evil: Ex-Mercury-owner Collins is now Direct Events' point man at Antone's; Croley has made the Merc both Moonlight Towers central and a way station for My Morning Jacket and the Used; Cotton is the man to see south of the river, stocking the Saxon Pub with 78704's finest institutions and upstarts alike.

DEAD WHALE TIDE: Local group who could be refugees from the Pretty in Pink soundtrack, or at the very least didn't lack for Ride posters on their bedroom walls. Increasingly popular among those who enjoy their rock with glacial guitars and stately crescendos.

ANGELA GILLEN: Besides running punk/reggae mainstay the Flamingo Cantina, the tall redhead is also an important, sometimes-outspoken voice for club owners in city politics. Her efforts are why the new noise ordinance isn't any more ridiculous than it is.

HILL'S CAFE: It looks like a fort from the outside, and this South Congress eatery is definitely a stronghold for Texas Music. With its no-cover KVET Wednesday series and Cory Morrow-hosted Monday gatherings, the chicken-fried steaks as big as your hand are almost, but not quite, incidental.

ILLCAMINO: Started by the Ferrer brothers (singer Angel and bassist Alberto) in their native Puerto Rico, IllCamino's vibrant sound is similar to fellow local Latino rockers Vallejo and Davíd Garza but with an energy belonging to these four guys alone. Their EP Test Drive should tide you over until their first full-length rolls out.

JOLLY GAROGERS: With Pirates of the Caribbean riding high at the box office, perhaps it's not surprising that Austin's Jolly Garogers -- Blackbeard meets Black Sabbath -- have leapt from opening Back Room gigs for other bands to plundering NBC's Last Call With Carson Daly this Friday night (12:35am). They sail back to Riverside Aug. 2 with Drifter and Big Balls.

JEFF KLEIN: Rough-voiced singer-songwriter whose album Everyone Loves a Winner has drawn much praise in busker-loving Britain. According to a New York Post "Page Six" item last week, Winona Ryder now prefers his company to that of Pete Yorn. Best of luck, kid.

LA CUCARACHA: If Casino el Camino is too crowded, head down Sixth Street to this recently opened watering hole. (Like you'll ever drink water.) Tucked away amid the frat-infested shot bars, piano joints, and dance clubs is a dimly lit, punk-friendly outpost where the Lone Star is as cheap as Red River Street.

MAMA DYNAMITE: Alice Spencer has mothballed the Jazz Age rags of Victrola for the rec-room Wurlitzer bounce of Mama Dynamite. The quartet's Wednesday happy hours at the Continental Club are so Seventies that all that's missing is the shag carpet. And possibly the key parties.

NASTY'S: At this unassuming student hangout just off Guadalupe, DJs Mel and Baby G have kept the Monday night hip-hop party going since before people knew who Monica Lewinsky was. In all likelihood, they'll still be spinning when Hillary is president.

MARK OLIVAREZ: Under Olivarez's able stewardship, the Back Room is fast closing in on three solid decades of live 'n' loud. The club's all-ages policy and local-friendly atmosphere has fostered the rise of bands from Dangerous Toys and Pariah to Rubberhed, Ünloco, and Dynamite Boy. Plus whatever blood-freezing Euro death metal band is in town this week.

PORCHLIGHT STUDIOS: Cozy converted house off South Lamar utilized by Pong and the Hot Rod Hillbillies, among others. Rumors of the occasional multikeg blowout were confirmed at an all-day SXSW soiree this year.

SPEEDLOADER: Nasty, thick-necked muscle rock from Austin by way of Brooklyn. CD Steady Hookin' is spot-on mood music if somebody or something is about to get smashed, fucked-up, and/or broken in half. Watch them pull the pin Friday at Room 710 with Dixie Witch and Southern Gun Culture.

TIGHT SPOT RECORDS: Home to single-named local bands with sharp hooks and beguiling songs, i.e., Fivehead, Bedbug, Masonic; Subset's second LP, Dueling Devotions, is due in September. Woe to he who comes between owner Chuck Stephens and the stage at a Guided by Voices hoot night. www.tightspotrecords.com.

UNTIL DEATH DO US PART: Red River is such a congenial place in part because three of its best clubs belong to married couples: Beerland's Randall & Donya Stockton, Room 710's Woody & Adriana Wiedeman, Elysium's John & Sarah Wickham. No matter how much ruckus the bands onstage kick up, these places never fail to treat their patrons like part of the family.

VICTORY GRILL: The grand dame of Austin nightclubs is still a place to put on your Sunday best for Saturday night. An evening in the company of the Blues Specialists or Gary Clark Jr. at the East 11th Street landmark is easily worth its weight in setups.

MISS LAVELLE WHITE: Though she's best known as a blues singer (and child, can she sing the blues), Miss Lavelle's repertoire also spans soul, jazz, funk, and even rap. Her new album next month on Antone's Records should net her some of the R-E-S-P-E-C-T she rightly feels is due; catch a preview Friday night at the Saxon Pub.

XTREME SOUNDS: Where to go if the factory failed to provide enough junk for your trunk (and you know they did). Also offers alarms and such, so all that bass is still there when you get back. 6611 N. Lamar; 2001 S. Lamar.

YOUR FAVORITE BAND HERE: Having trouble picking a local favorite? You don't even have to. Just pick up 101X Homegrown Live, Soundboard's double-disc monster All You Can Eat, and the Austin Punk Rock compilation (available online at www.austinpunkrock.org). Three CDs, 57 bands, no worries.

ZYKOS: A solid if somewhat unlikely candidate for Austin Album of the Year, Zykos' debut Comedy Horn (Post-Parlo) reveals itself a little more with each listen. Four instrumentalists twist and shape jagged post-Joy Division rock into piano-lit abstractions of sad beauty, until singer Michael Booher's haunting voice wanders by and makes them all too concrete. Then everyone rocks out. Genius.

In an effort to find out what's on people's minds, "TCB" will chair the first in a hopefully regular series of open meetings this Wednesday, July 23, at Beerland, from 6-9pm. Come by to talk about music, offer suggestions, say howdy, or even give me shit about something I've written. I'll be the one in the Colt .45s cap -- unless Billy Bob Thornton decides to show up. Everyone welcome.

To celebrate Lance Armstrong whipping European ass in the Tour de France yet again and to raise money for his cancer-research foundation, "Le Tour de Garage II" wheels into Beerland Friday with a monster six-band bill: the Illuminati, Cravings, Mood Killers, Bad Apples, Slum City, and the Deadites... Armstrong may still be the most famous person from Austin, but he's not the most famous person born in Austin. That would be Nelly, who announced this bit of news at his Music Hall show last Saturday. Welcome Mr. "Air Force Ones" back home (almost) when he headlines "RecJam" Aug. 22 at no-longer-Southwest, just Texas State University in nearby San Marcos... The Stubb's/Direct Events rivalry just got a little more heated: Pollstar names Stubb's Charles Attal No. 27 and Direct Events No. 42 on its new list of the Top 50 U.S. concert promoters... Upcoming Austin City Limits tapings include Chuck Prophet July 30, Tracy Chapman Aug. 3, and potential Playboy princess Neko Case, albeit sans her New Pornographers, Aug. 9... Final, random thought for the road: Does anybody say "crunk" anymore? If so, why?