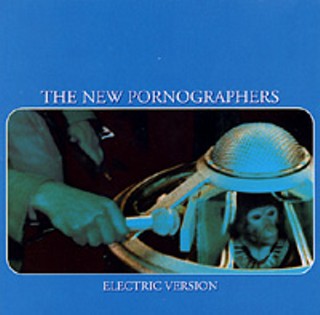 Electric Version (Matador) A song by the New Pornographers doesn't so much play as it sparkles and then fades, leaving the kind of impression you get from a Fourth of July firecracker. This makes the Vancouver-based pop band ideal for summer listening, shaping ridiculously infectious hooks around heart-pumping tempos. Their second album, Electric Version, goes down as smooth as pink lemonade with a twist of Blondie-inspired dance grooves. Anchoring the band in the sand of this beach party is Blaine Thurier's keyboards, which bob 'n' weave around two vocalists: primary songwriter Carl Newman and alt.country queen Neko Case. Whether it's the piercing force of "The Laws Have Changed" or the swirling melodies of "It's Only Divine Right," the two manage to share the spotlight perfectly. The album has textures that make the group's 2000 debut, Mass Romantic, sound medieval by comparison; the New Pornographers sounded like a group with a sound too big to fit into such a lo-fi budget. Now, more cash allows for their scope to be as sprawling as it can. The payoff comes when they mold an anthem like the Guided by Voices homage "Testament to Youth in Verse." Like all packs of firecrackers, there's the occasional dud on Electric Version, and at 13 tracks, the album's too long. By the time album closer "Miss Teen Wordpower" has her say, you're ready for a change in season, but oh what a holiday you had.