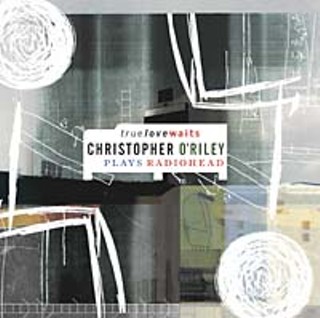 True Love Waits: Christopher O'Riley Plays Radiohead (Sony Classical) Seeing how they're from Oxford, you'd suspect that Radiohead was popular with well-educated types, and in the case of award-winning concert pianist Christopher O'Riley, you'd be right. Transplanting 15 of the enigmatic quintet's songs from modern rock's outer limits to solo grand piano, O'Riley translates Radiohead into something you might hear at a cozy Italian bistro. Some readings are a little obvious, like a damper-free version of "Black Star" that doesn't skimp on grandeur or bombast, but the pensive emotional aura of OK Computer proves especially attractive for O'Riley on six selections. The Bends and debut Pablo Honey trail at three apiece, with one each from Radiohead's 2000 and 2001 releases Kid A, Amnesiac, and I Might Be Wrong: Live Recordings. O'Riley recognizes the group's gift for extracting pure, paper-thin melodies from harmonic uncertainty and other musical turbulence, a practice put to good use on "Everything in Its Right Place" and "Karma Police." "Let Down" and "Fake Plastic Trees," by contrast, are so deeply melodic that all O'Riley has to do is sound out the theme (usually just a scant few notes) and hang on for the ride. Most intriguing are the later works: the lush "True Love Waits" is a riot of tonal color, and the meandering "Knives Out" could've been inspired by one of Debussy's postprandial fauns. Nobody's hoping they put down their guitars anytime soon, but O'Riley's interpretations lend scholarly credence to the argument that Radiohead's music echoes well beyond rock's limited purview, and into the realm of serious art.