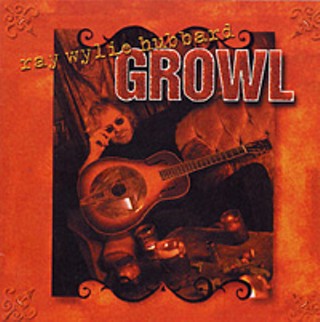 Ray Wylie Hubbard has some kind of winning streak going. Since his "return" in the early Nineties, the Wimberley-based outlaw singer-songwriter has released one exceptional collection of songs after another. With his new album, Growl, Hubbard makes it clear he's not done yet. Guitarist, songwriter, and ear Gurf Morlix handled production, and if you thought their last collaboration, 2001's Eternal and Lowdown, was one of Hubbard's best, Growl will positively soothe your soul. In fact, Growl makes their last disc seem like a preliminary round. It exemplifies two locals who work remarkably well together, with songs in the pocket every time, and it is surely Morlix's best work since he stopped working with Lucinda Williams. The themes, riffs, and melodies Hubbard serves up on Growl are from deep in the Delta that spawned Fred McDowell and Muddy Waters. Meanwhile, Morlix creates spare, often-eccentric backdrops that sound like "old weird America," yet really could only have been made in this new, slightly offbeat century. Hubbard demonstrates his way with words on tunes like the sly and ominous "The Knives of Spain" and "Bones," a gambling tale with groove that's miles wide. The tune sure to get the most attention is "Screw You, We're From Texas," a greasy blues worthy of ZZ Top that's just ambiguous enough so that yuppies and freaks alike finally have a rallying cry to replace Hubbard's hallmark "Up Against the Wall, Redneck Mother." After all, how bad can a tune that mentions SRV, Gruene Hall, and the 13th Floor Elevators really be?