The Frames (Photo By E)

Still a bit bleary-eyed -- OK, a lot bleary-eyed -- from the Charles Attal Management throwdown Friday morning in far, far East Austin, where the Sugar Hill Gang was upstaged by an 8-foot gold robot resembling C-3PO on steroids, "TCB" dragged our lazy bones to the Convention Center. Upon our arrival, college buddy Stephanie F. Black marveled that she was still on the Sony payroll, figuring "as long as they're putting out records, they'll need someone to handle packaging and artwork." Houston Press Music editor John Nova Lomax regaled us with tales of Reliant Stadium's frightful acoustics, having his rodeo media credentials yanked at the Astrodome last year, and a dirty-dirty H-town hip-hop blowout with Lil' Keke and Slim Thug at the Lucky Lounge later in the day. Texas Music Office Director Casey Monahan had the morning's best story, as he had spent the previous day ferrying around Uzbek collective Abbos Kosimov from the Capitol -- where he correctly noted, "It's not every day you see seven Muslims walking around" -- to Opal Divine's, where the ex-Soviets filled in for the canceled Two Siberians, to the CAM party, where they wowed the assembled scenesters with their guttural-sounding 5-foot horns. "TCB" then joined scarlet-haired DJ Gfire, formerly known as singer-songwriter Pam Mayo, for a pleasant set from Ireland's the Frames on the Day Stage, where the Dubliners seasoned their soaring pop rock with shots of the Pixies' "Here Comes Your Man" and "Pure Imagination" from Charlie and the Chocolate Factory. Finally, we stopped by the impressive Flatstock exhibition downstairs, where the only apparent entry requirement was creating at least one poster for Queens of the Stone Age.

MOST COVERED SONG OF THE WEEK:

Rush's "Working Man," by Audioslave at the Austin Music Hall Tuesday and Suplecs at Room 710 Friday.

"Hold my purse while I kiss your boyfriend" -- Beerland

Also Friday afternoon, the Austin Music Foundation's first-ever Incubator grant recipients were announced to a full house, including AMF advisory board members Tony Scalzo of Fastball and Chris Castle, former Media Kreep Stefanie Crock (working the door), and guitar ace Jeff "Skunk" Baxter, clad in a black "Operation Enduring Freedom" T-shirt. Now $15,000 richer are winners Overlord (hip-hop/urban), Tucker Livingston (country/singer-songwriter), and Wide Awake (pop/rock). The selection process went "fairly smooth," according to advisory board member Tee Double, himself preparing to release his 10th hip-hop album, Lone Star. Overlord was all smiles after his celebratory performance. "This is probably the most tremendous thing to happen to Austin music in a long time," he beamed. "It's a time when the city needs a breath of fresh air, and to be able to be an ambassador for that is incredible." AMF co-founder Nikki Rowling said narrowing down the finalists and winners were "really tough decisions, on both levels." Both groups receive their first perk this morning in the form of an AMF-sponsored master class with L.A. mixing guru Bob Ludwig (Sting, Madonna), and Rowling said the winners' finished albums will, provided everything goes smoothly, be out by midsummer.

"These South-by people, they don't pound beers like our regulars do."

"I think everybody in the place was completely wasted by the time it was over."

Taking a breather at the Spin party Friday afternoon was mirror-shaded local vocalist Doe Montoya, who said she had been spending most of SXSW "walking up and down the street going to any place that would let my son in." Also crowding her schedule were rehearsals with her band 20- Eyed Dragon for their showcase later that night. "I haven't even had time to really drink a lot," she admitted. "I think this might be my most sober South-by yet." She did find time to take in a "great" set by Austin's Moonlight Towers and luxuriate in the energy of Dutch rockers Peter Pan Speedrock. "The bass went out, and they just kept going," she laughed. "They didn't even care." Keeping her company at Stubb's were 20-Eyed bassist Eliot Haynes and her favorite part about being a rock & roll mom, her 7-year-old son, Buster. The pint-sized drummer occasionally jams with his mom and says he'd "maybe" like to play in a band one day. Buster's favorite kind of music is "rock & roll," although he was less than impressed with Sub Pop Cure revivalists Hot Hot Heat. "I don't really like it," Buster confessed before heading off to soccer practice. "I can't understand what the guy's saying." 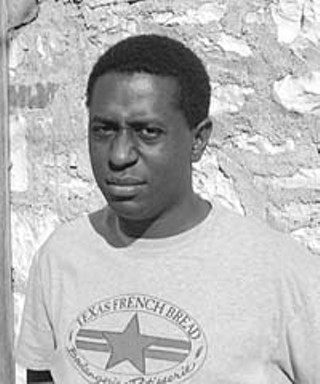 HAVE YOU SEEN ANYTHING GOOD?

"I thought the Sugar Hill Gang was pretty good last night when I was bartending."

HAVE YOU MET ANYONE REALLY INTERESTING?

"I met these guys from Goldthwaite, Texas (population 500) at the Spin party."

HOW WELL DO OUT-OF-TOWNERS TIP?

IF YOU WEREN'T AT SXSW, WHAT WOULD YOU BE DOING?

"I guess I'd still be drinking."