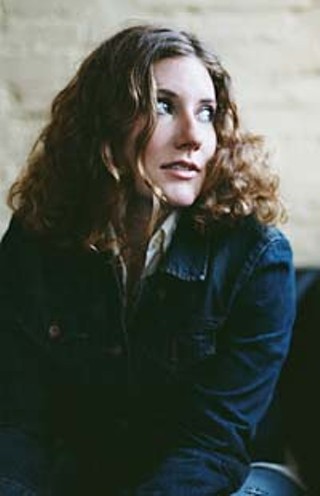 A buzz that hits too quickly can knock you over. Such is the danger for Ottawa singer-songwriter Kathleen Edwards, whose January debut on Rounder offshoot Zoë Records, Failer, is making its way onto AAA radio stations nationwide with a haste that would make John Mayer's head spin.

Gifted with a voice that tunes in both the swagger of Lucinda Williams and the clean, even breathiness of Sarah McLachlan, Edwards' songs appeal to the drunk, scruffy, sometimes-stupid loser in each of us. The arrangements are simple and effective, and the sound adds no unnecessary frills. In a word: KGSR. Edwards, 24, is trying to stay above the fray, discovering that heightened expectations can be tough to overcome.

"Because the press has been so generous and complimentary, I've had people come to the show with expectations that are perhaps beyond what they should be considering the fact that we're a fourpiece band who've been touring a couple of weeks," reveals Edwards. "I don't have a fuckin' laser show, you know? The show's bare bones, like the record. "

A recent set in our nation's capital made plain to Edwards just how high those expectations can be and how unjust the fallout.

"I thought it was one of the best shows that we've done so far. Then I got forwarded the review that came out in The Washington Post that said, 'Edwards isn't all she's hyped up to be.' It's like, 'Well, you're the fucking loser that hyped it up, and the reason you didn't like it is 'cause you'd been expecting me to be fuckin' Bruce Springsteen or something.'"

Edwards' showcase at SXSW 02 was the first time she'd met and played for the folks at Rounder, who have since become her bosses.

"It's interesting to see what's happened since then," she says. "It doesn't feel like this big crazy thing, but then I don't usually poke my head into the business of it long enough to find out what's going on." 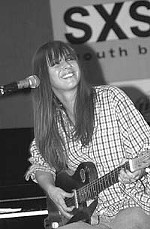