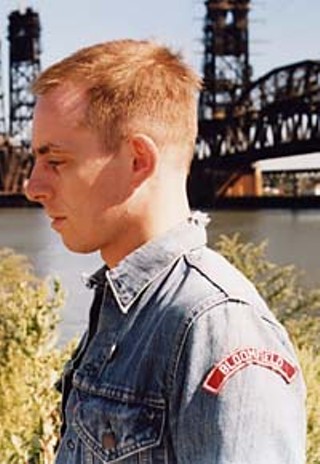 Melding political conviction to pop convention can be trickier than rocking a rhyme that's right on time. Ted Leo & the Pharmacists create music that furthers the energy and intensity of both pop and politics, which makes Hearts of Oak (Lookout!) one of 2003's most compelling recordings.

Recorded with the band Leo has toured with since 2001's The Tyranny of Distance, Hearts of Oak is tight and explosive. Highlights include the radio-ready bop of "Where Have All the Rude Boys Gone?," a heartfelt recollection of the 2tone era, and "The Ballad of the Sin Eater," a furious vacation slide show of foreign policy blunders. While it's oversimplification to call Hearts of Oak a 9/11 album, the specter of that day hangs heavy over Leo's songwriting.

"The event was the event, but the constant analyzing of it was something you couldn't escape," says Leo. A lot of the album wound up being about the process itself, of trying to figure out how to deal with everything that's going on, both as a human being and more specifically as an American and as an artist."

Having first come to punk prominence in the D.C.-based band Chisel, Leo still draws on his interactions with the Dischord camp for inspiration. A native son of New Jersey, Leo considers Springsteen an influence and is flattered by comparisons to the Boss. You can also hear Curtis Mayfield coming through on the R&B-tinged "First to Finish, Last to Start."

"All of Curtis' records are such amazing examples of seeing the whole person," offers Leo. "You have this amazing, beautiful love song next to a scathing political song. That's always been the ideal way to go about things for me."

In an era when blowhard pundits exhort artists to leave politics alone, Leo wouldn't have it any other way.

"Art draws from life," he says. "If you're not supposed to deal with life, what are you supposed to write about?"

Ted Leo & the Pharmacists, The Tyranny of Distance, Hearts of Oak