Love & Distortion (Jetset) When it comes to shoegazer pop, it's tough not plucking names out of the movement's gloriously obscure but persistent history and tossing them around like Velcro darts. Some fall away from their intended target, but many stick. This certainly goes for San Francisco quartet Stratford 4. They, like the others, erect thick, shimmering walls of reverb and distortion that suggest the definite influence of My Bloody Valentine and/or Slowdive. But many of their songs, like "She Married the Birds" and "The Story Is Over" bring out their indie pop leanings, leaving the Jesus & Mary Chain in the running, but ruling out Ride. Then there's this recurring Psychedelic Furs fuzz. By the time Love & Distortion arrives at "The Simple Things Are Taking Over" and "Kleptophilia," the band finally has an identity of its own: smart without being pedantic, coy, but not pretentious, the British affectation in the vocals sounding more natural, the melodies spelled out with greater precision. The instrumental waylayings are still there, but the Stratford 4 have more than just a single trick up their sleeves. (Blender Bar, Thursday, March 13, 11pm) 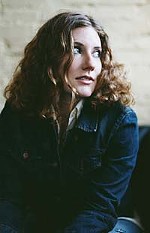