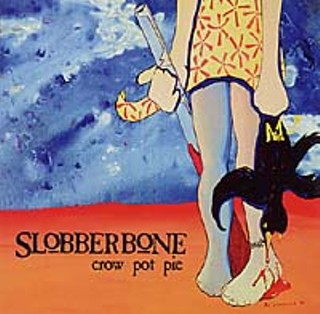 Barrel Chested (New West) Since what's left of Austin's Doolittle Records has been absorbed by the now-local New West label, they've reissued a few of their older titles under the new imprint. In the process, the first two Slobberbone albums, produced by former Dootlittle maven Jeff Cole, have shown their faces again. Crow Pot Pie, the Denton-based band's 1996 debut, is as raw as Slobberbone's ever been on disc, which can be attributed to their relative inexperience in the studio. It's interesting to note that they were originally a quintet with original guitarist Mike Hill and fiddler/organist Scott Danbom supplementing the band's basic core of singer-songwriter Brent Best, bass player Brian Lane, and Tony Harper on drums. Tunes like "Whiskey Glass Eye" and "I Can Tell Your Love Is Waning" offer a glimmer of the group's power, while also offering a peak at Best's songwriting talent. Barrel Chested, from 1997, finds Hill and Danbom gone, replaced in the studio, at least, by Lloyd Maines on steel and Dobro, and Susan Voelz on fiddle. It's a solid leap forward, and you can hear the band's sound growing as they fuse punk-metal trappings with rootsy undercurrents. It's quite a leap from the acoustic musings of "Little Drunk Fist" to the straight-up roar of "Haze of Drink," but Best's songwriting, growing rapidly at this point, allows them the freedom to travel such distances. Slobberbone followed these two discs with 2000's Everything You Thought Was Right Was Wrong Today, one of the best slabs of alt.country ever. How they got there is here. (Cedar Street, Saturday, March 15, 1am) (Crow)