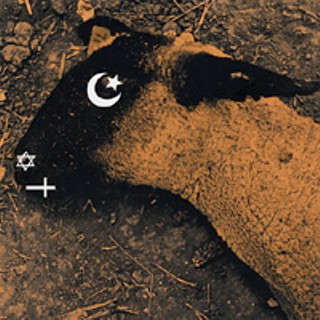 Animositisomina (Sanctuary) Whenever a notoriously drug-infested musician cleans up, it's worth listening to the before-and-after output for comparative value. Animositisomina is the first recording of Al Jourgensen's since his public proclamations of being sober. Back in the studio with local partner in grime Paul Barker, Ministry wields its dirty thunder like the days of yore ... or do they? Sure, there are photos of decayed sheep carcasses in the CD booklet, a sign of their fabled black humor, but what's this, lyrics? To Ministry!? But wait. It's not what's on the album, it's what's not on the album. The familiar chain-drive sound crunches through the first of 10 tracks, but that may be all that's intact. Gone are the voiceovers and samples à la "N.W.O." and "Just One Fix" that defined Ministry's once-groundbreaking industrial core and without a hint of the brilliance of "Jesus Built My Hotrod." "Animosity" kick-starts the album with traditional Ministry roar, but undistinguished songs such as "Stolen," "Piss," and "Unsung" are little more than variations on a theme that tires quickly. It's almost as if Jourgensen and Barker are strangers in the studio, and that's a damn shame given the incredible output and influence their musical partnership has produced over the years. Effort isn't lacking, but inspiration is. In the end, Animositisomina amounts to little more than a sonic circle jerk.