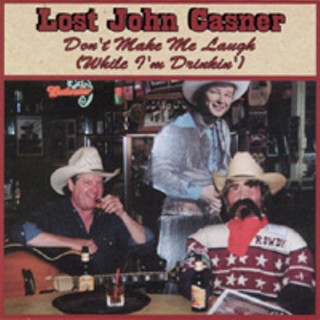 Don't Make Me Laugh (While I'm Drinkin') (Spectrum) Says plenty that the cover of Don't Make Me Laugh While I'm Drinkin' sports ol' Lost John himself enjoying a shot of bourbon with Rowdy, the seated, customer-fooling mannequin that's a permanent fixture at the Broken Spoke. Casner is a longtime fixture of Austin's country scene, a contemporary of Blaze Foley and Jubal Clark, and former ramrod of the Austin Roadhouse Band. True to his roots, he takes on covers of songs by Foley ("Faded Loves and Memories"), George Jones ("Why Baby Why"), Leon Payne ("They'll Never Take Her Love From Me"), and Mel Tillis ("One More Time"). Longtime Casner sideman Boomer Norman supplies some of his amazingly tasteful guitar licks, along with Johnny Gimble on fiddle and Bobby Snell on steel, among others. It's a blast from the past; you don't get much more authentic than credentials like these. It's also about as close as you can get to the real honky-tonk experience without the smoke. Put it on, have a drink, and reflect on the Austin Outhouse, the Hole in the Wall, and all the places that used to be. Then be glad the Broken Spoke is still around.