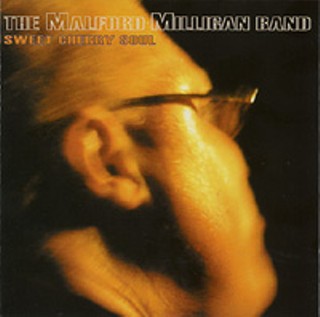 Sweet Cherry Soul (Stagger Lee) Malford Milligan, doing his soul thing, backed by musicians from Holland!? It's true, and knowing Milligan, it shouldn't come as a surprise. Always his own man, Malligan possesses one of the most distinctive voices in Austin, and anyone who's seen him fronting Storyville, Double Trouble, or most recently, the Boneshakers knows the man was made to sing R&B. Not just anyone can sing soul classics like Otis Redding's "I've Got Dreams to Remember," James Brown's "Lickin' Stick," and James Carr's "Pouring Water on a Drowning Man," and give 'em their own juice. Milligan is up to the task, and with the assistance of producer Jack Hustinx, as well as a fine cast of relative unknown Dutchmen serving up one cool groove after another, Sweet Cherry Soul is the sweaty, steaming hunk of funk that we'd expect a disc with his name on it to be. Milligan doesn't just cover old soul here, either. He's chosen some savory originals from the pens of some of Austin's best, including Stephen Bruton, Double Trouble, Tommy Shannon and Chris Layton, and Derek O'Brien. Milligan is supposed to be joined by this group of musicians for a tour this winter, and it'll be interesting to see if they can pull it off in front of an audience. If Sweet Cherry Soul is any kind of barometer, it's sure to be something special.