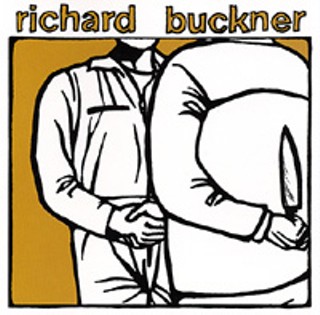 (Overcoat) For fans of Richard Buckner's early work, especially those who loved his first two albums, Bloomed and Devotion + Doubt, the 11 songs on this self-titled release are a treasure trove. It's just the enigmatic, just-passing-through new Austinite and his guitar, stripped naked and free of the many sonic layers he's become fond of in his latest incarnation. When these songs were recorded in San Francisco in early 1996, it was the height of the alt.country "explosion." Like it or not, Buckner was pigeonholed in that genre while he served as the opening act for the likes of Son Volt and Steve Earle. Here he sounds more like Nick Drake than Gram Parsons, and the disc contains more than a few songs from the two albums he recorded for MCA, including such favorites as "Jewelbomb," "A Goodbye Rye," and "Lil Wallet Picture." It's a precious snapshot of the singer and his songs, brimming with beauty, love, and glimpses of life out there, somewhere. For those who have only recently discovered his music, this will serve as a superb introduction to his beginnings, where the rambles and emotions are raw and unrefined. Completists will recognize this as the tour souvenir Buckner was selling at shows in 2000-01, which before this version, was drawing bids of up to $100 on eBay.