Micky and the Motorcars 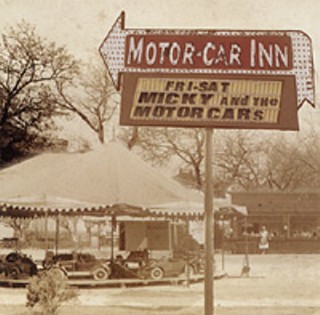 Micky and the Motorcars

Which Way From Here If you guessed that Micky and the Motorcars is the name of a power pop band, one that worships Cheap Trick and Big Star, you were wrong. Oh so wrong. Instead, Micky and the Motorcars is a relatively new addition to the Austin scene, one taking its cues from the likes of -- surprise, surprise -- Steve Earle and Uncle Tupelo. Micky and Gary Braun, junior siblings to Cody and Willy of Reckless Kelly, debut with Which Way From Here, on which they prove that their musical miscues must run in the family, because this band has the same problem that the Reckless Kelly boys do. Their music is a brand of faceless country rock filled with so many lyrical cliches it's painful. The quintet's chops are sturdy, and the main songwriter, Micky Braun, can put together verses, choruses, and a bridge. But, just once, you want to hear him sing something as if he really means it. Instead, it's one tune after another put across as if he's just ambling down the road on a sunny day or maybe just woke up from a long afternoon nap. Perhaps Micky and the Motorcars will find an audience among the "Texas music" crowd, where generic jangle and twang is the order of the day. Those with more discriminating tastes have been warned.