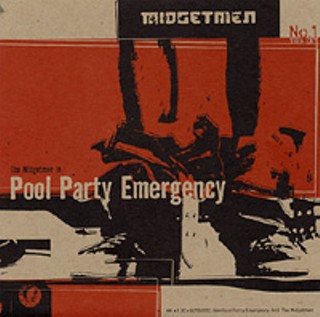 Pool Party Emergency Breathe deeply and you'll get a whiff of the stale PBR and overheated tube amps in the Midgetmen's practice space. Plenty of toil, sweat, and beer has gone into this band, it's obvious. Songs like "Someday," "True Friend," and "Sick Day" bounce off the walls with abundant indie rock energy. Unlike many of their latter-day punk contemporaries, the Midgetmen change things up from time to time, with plenty of dynamics and tempo changes, plus guitar tones that contrast enough to lend some texture to their songs. Unfortunately, an abrasive singer nearly scuttles the whole effort. Not trying to come off like Simon from American Idol here, but if one singer carries all the vocals in a band, he'd better be damn good, and this one leaves a lot to be desired. It's a shame, because the band can play and write interesting songs with plenty of sturm und drang, but a little variation in the vocal department (harmonies, alternate singers) would help things out immensely. Maybe next time.