SXSW looms on the horizon, and "TCB" is already neck-deep in it. 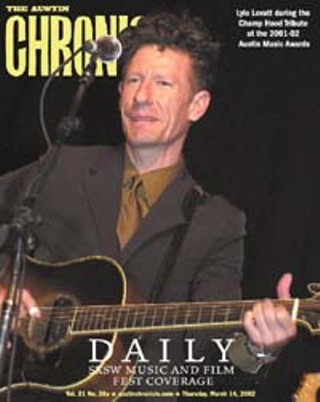 It's the first week of the new noise ordinance, and the first with no Sound Exchange, but there's hardly time for reflection, because South by Southwest is scarcely a month away. The music portion of SXSW 03 is scheduled for March 12-16, this year's festival presently rolling downhill faster than an armadillo fleeing a hungry coyote. The overall number of bands is "down" to around 900, but Music Director Brent Grulke said he expects to have about the same number of venues as 2002, around 50, and maybe even one or two more. As far as the big stuff, Grulke anticipates the B-52's crunking up Stubb's; a Lost Highway show with Willie Nelson, Lucinda Williams, and the Jayhawks, though the Drive-By Truckers may have dropped out; and publicity-shy, Madonna-covering princess of darkness Kelly Osbourne. Outdoor shows from Del McCoury, the Gourds, and Derailers; Brit pop wunderkinds Supergrass and the Coral; and a Latin night at Auditorium Shores are in the works, with the Little Village award going to a Yardbirds reunion featuring Joe Satriani, Steve Vai, and Slash sitting in for Jeff Beck, Eric Clapton, and Jimmy Page. After saying Axl probably wouldn't be able to make it, Grulke left to continue pursuing Michael Penn. Dozens of local performers have been added in recent days, including Shane Bartell, Black Lipstick, Brown Whörnet, Troy Campbell, Canvas, Eastside Suicides, Fivehead, DJ Sue's Fuzz Club, Groovin' Ground, Hekill3, Manikin, Masonic, Ian McLagan, Migas, Beaver Nelson, Octopus Project, Karen Poston, Prescott Curlywolf, Real Heroes, Shandon Sahm, Space Truck, Spiders, ST 37, 20-Eyed Dragon, Violet Crown, Winslow, and Renee Woodward. A complete list, Alpha Rhythm to Zykos, is available at www.sxsw.com.

SXSW Panels Coordinator Andy Flynn says this year's overriding theme for the daytime discussions seems to be "how much the music business sucks," with a focus on "what works and what doesn't." Wednesday kicks off with a rapid-fire series of 45-minute "crash courses" open to musicians with wristbands and covering topics such as touring and booking, legal matters, merchandising, and airplay for new artists. Although many invited panelists have yet to confirm, Flynn hopes to slot in some Senate-level participants for a look at government and media ownership, as well as several label heads for a powwow after Daniel Lanois' keynote address. In keeping with the times, an artists' panel on anti-war activism is scheduled, with hip-hop crusader Mr. Lif of Def Jux, and naturally, hippie icon Wavy Gravy. The ever-popular SXSW Interviews are Wednesday with Tony "24 Hour Party People" Wilson and Saturday with Lyle "I'm a Lover, Not a Bullfighter" Lovett. More information will of course become available in the coming weeks.

With the SXSW chute about to open, the Austin Music Awards are set for March 12, at the Austin Music Hall, 7:55pm sharp, and hosted by evergreen MC Paul Ray. Look for music by fast-rising College Station roots thrush Ruthie Foster; the multigenerational talents of Chip Taylor and Carrie Rodriguez; and -- isn't it about time? -- the "Improbable Return of Redneck Rock" hosted by Steven Fromholz and starring Ray Wylie Hubbard, Rusty Wier, and Ray Benson, with additional unshaven eminences to come. Accidentally invoking Foreigner, who will not be appearing, awards diva Margaret Moser notes, "This feels like the first time we've come a complete and full generation." Moser would also like to suggest that wayward staffers who haven't signed up yet should do so now. Barring a surprise appearance by the trivia-loving Dixie Chicks, the 2003 AMA's high point looks to be a salute to the "Hole in the Wall Gang" headed up by Superego all-star and newly hired SIMS Foundation Director of Public Relations/Event Coordinator Paul Minor. Minor says he wants to focus on the Hole's latter years and has assembled a Free-for-All-friendly house band of drummer Darin Murphy, bassist Andrew Duplantis, guitarist Scrappy Jud Newcomb, pianist Matt Hubbard, and harp cat Ted Roddy. On hand for vocal duties will be Jane Bond, Beaver Nelson, Fastball's Miles Zuniga and Tony Scalzo, and Troy Campbell, until the whole affair climaxes in a Roddy-led "Wasted Days and Wasted Nights." "It's kind of like The Last Waltz and The Gong Show in a nice-sized, 20-minute package," grins Minor, who added the tribute will surely find room for deposed Hole mistress Debbie Rombach.

Although not nearly as bad as NASA or Phil Spector, Tish Hinojosa's week was certainly no picnic. Somewhat weary of fielding press inquiries, Will Taylor of Strings Attached reports the folksinger's Jan. 30 arrest for driving under the influence was "a little distracting," but her concert last Friday at St. David's Episcopal Church went off without a hitch. The next Strings Attached offering is Feb. 28 with Ray Wylie Hubbard... Last Friday's funeral for Red River mainstay "Handsome Joel" Svatek saw a line out the door of Austin-Peel and Son Funeral Home that could have been for one of the many sold-out shows Svatek oversaw at Emo's or the Red Eyed Fly. The viewing of the body found Svatek, who was cremated, wearing a Honky T-shirt and his ever-present ball cap... Now for a wedding: This Sunday's Rock & Roll Free-for-All at Beerland is not exactly free ($5), but it is a benefit for Pong fretmaster Jason Craig's upcoming honeymoon. Space Truck, Bahrain, O.P.A.L. (featuring bride-to-be Rae Schickler), Brown Whörnet, and the Free Range Bastards will reimagine various Pong-related endeavors, including Ed Hall and the Pocket FishRmen... Texas Folklife Resources, 1317 S. Congress, is hosting a reception at 6pm tonight (Thursday) to launch their new photo exhibit, "Squeezebox: Accordion Communities in the United States," with music by members of the 3rd Coast Accordion Network... Lastly, "TCB" would be remiss if we didn't mention that the special three-day passes for the "other SXSW," the Austin City Limits Music Festival, sold out in a flash earlier this week; the next batch goes on sale in May. Though they won't be "officially" confirmed until June, making their way to town in September will be names that have given the world life's rich pageant, love and happiness, and a thousand kisses... 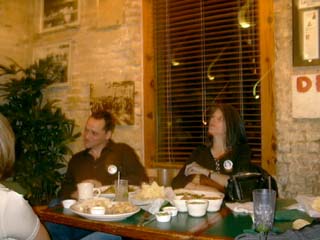 The air smelled of fajitas and influence at Güero's Monday night, as the old guard came out to an appreciation dinner for onetime motorcycle racer and Soap Creek Saloon earth mother Carlyne Majer. On hand were gracious host Clifford Antone; proud husband George Majewski; City Council Member Jackie Goodman; a Hawaiian-shirted Tim O'Connor; Monte Warden, who just placed a song on George Strait's new album; Wayne Nagel, on his way to see client Jane Bond's new happy hour at the Continental; and, hiding under a baseball cap, Ray Benson. "Nobody laughs from her soul like Carlyne, and nobody chews your ass out like Carlyne," said Warden, who thanked the honoree for his first record and publishing deals. Austin City Limits' Terry Lickona observed "the history of the Austin music scene would have to be rewritten if not for the people in this room" before moving on to Majer personally, calling her a "friend, nurturer, facilitator." In her remarks, Majer said her special education classes at UT had been ideal training for Soap Creek, but she was proudest of the "principle-centered leadership" she brought to the Texas chapter of the National Academy of Recording Arts & Sciences. Majer, who ran the Texas chapter for eight years until being fired late last year, said, "My hope is that I have let light into corners where it was needed." To that end, she has filed a wrongful-termination suit with the U.S. Equal Employment Opportunity Commission against the Academy, but declined to discuss the details, saying only, "I'm trying to take the high road." From what "TCB" has heard about NARAS' current state of affairs, that would be a first.

Turn Up the Radio

Davíd Garza, "Too Much," "Discoball World"

Last Thursday, the Austin City Council voted 6-1 to continue funding the Austin Music Network for the remainder of its fiscal year, but with the caveat that come October, the only city-sanctioned all-music channel in the nation will be on its own. So, from the home office behind McCallum High School, here are 10 ways AMN might avoid being taken off the air for good:

10) Donate $2 from every Bob Schneider CD sold at Waterloo to a "special" fund set up by Willie Nelson's tax attorneys.

5) Michael Dell buys the network, but only to give that "Dude, you're getting a Dell" guy something to do.

4) Looking to hold on to its Sex and the City audience, HBO buys an AMN-produced sitcom starring the Dixie Chicks as wacky, down-home wedding planners who use the f-word a lot.

1) All Willie, all the time 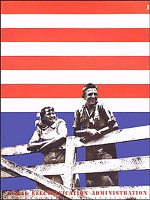 The Digital Divide
SXSW discusses who isn't online, and why