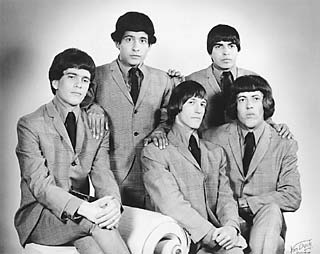 In a year during which the term "garage rock" had all manner of musicians, critics, and fans struggling for a hard and fast definition, Texas was secure in its contribution to said amorphous genre. After all, Texas put its inimitable brand on garage rock the moment the Beatles' "one-two-three-faw" broadcast across the country February 1964.

What makes Texas garage rock great? Draw a line from the Sixties recordings of Red Krayola's Mayo Thompson to English punk via his production of the Raincoats and Pere Ubu in the Seventies, Primal Scream in the Eighties, and more recently Tortoise and Gastr del Sol. Or follow the dots from Tim Kerr and the Big Boys' influence on the Pacific Northwest grunge scene through his array of seminal bands and his unflagging support of young locals like the Snobs. Then there's St. Roky Erickson.

Texas' awareness of its place in musical history is nothing new, hence the proliferation of underground presses, alternative newspapers, and Xeroxed pamphlets over the decades. In the Seventies, Austin Record Convention sponsor Doug Hanners was publishing Not Fade Away, a gloriously detailed fanzine that became a bible to punkers mining Texas' rich Sixties' output. The advent of the Internet put the do-it-yourself ethic in everyone's hands, and sites such as www.mikesbandtrivia.com now chronicle the past in the voices of those who were there. There's a great documentary waiting to be made about all this.

These short essays, one per decade -- with a spotlight on the Lone Star State's other great Sixties garage band (Red Krayola) and the aforementioned Big Boy (Tim Kerr) -- reflect on Texas garage rock in very loose, malleable, and personal ways. In no way do we attempt to be comprehensive.

Our history begins with the Sixties after the Fab Four, because that's how Lenny Kaye defined the golden era of garage rock with Nuggets. Still, there's plenty of evidence that Texas could shake, rattle, and roll with the power of three chords and a pair of maracas well before the British Invasion. In other words, don't blame it on the Beatles. Blame it on Buddy Holly.