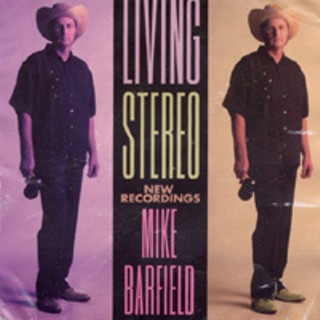 Mike Barfield's longtime band the Hollisters always had a dash of R&B in with their Texas twang. On this solo outing, Barfield goes whole-hog in the direction of Memphis and Muscle Shoals, and not surprisingly, he's a pretty fair contender in the blue-eyed soul category. Backed by Dave Biller, Nick Curran, and erstwhile Hollister Chris Miller on guitar, Barfield does some jazzy crooning on "You're Driving Me Crazy," a bit of blues shouting on "I've Been Abused," and puts a great salacious leer into his voice on "She's a Yum Yum." Covering Howlin' Wolf, James Brown, and Joe Tex, Barfield also penned a few tunes here, including the hard-to-shake "Confession Time." Blowing a mean harp and adopting a soulful yowl, he's actually better off on the gutsy hollerin' songs; the twangy, reflective "Look at Me" is the only song lagging a bit and robs the disc of some momentum. There's all kinds of greasy, down 'n' dirty Stax/Volt Southern soul grooves here, and they shed a different light on Mike Barfield and his abilities.