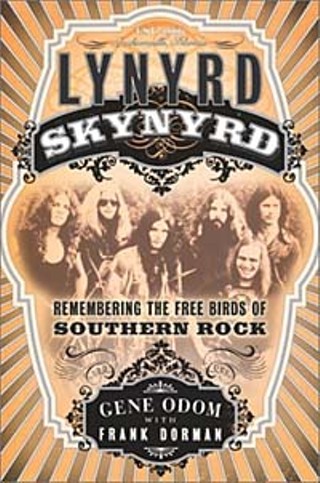 by Gene Odom with Frank Dorman

On Nov. 28, 1976, Lynyrd Skynyrd rocked Austin's Armadillo World Headquarters as few bands ever did. Storming the sold-out hall like redneck rebels, the South rose again with anthems like "Sweet Home Alabama," "Tuesday's Gone," and naturally, "Freebird." Less than a year later, the band was history, four of its members and crew dead, and the rest injured in a plane crash in the Mississippi swamps. Lynyrd Skynyrd opens with Gene Odom's harrowing, first-person account of the hellish accident. He then recalls growing up with founder/vocalist Ronnie Van Zant and working for the band as they chased fame. He paints Van Zant as a rooster of a frontman, short and stocky with a cock-of-the-walk attitude that swelled when he took the microphone. The band's prodigious drug and alcohol consumption, and Van Zant's propensity for rowdiness? Products of the era. The Jacksonville, Fla., swampers were unique, however, melding Allman Brothers' bluesy soul with a metal whammy, and blue-collar choruses of faithless women, bad luck, and hard livin'. Odom's strength as a storyteller lies in having been there, so it's hardly an unbiased account. But his insight into the relationships between band members and the sad fate of the survivors (two have died since) is told with empathy and humor (including interviewing the real Leonard Skinner). It's a quick read, which almost makes up for sloppy proofing (Stevie Ray "Vaughn") and misspelling the author's name in photo captions. Lynyrd Skynyrd was as much a symbol and product of the South as the rebel flag that was their backdrop. The South gave us Lynyrd Skynyrd and, in the end, the South took them away.