Tracks of My Tears

A Happy ending for a few of Motown's Funk Brothers 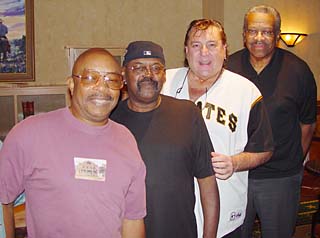 Marvin Gaye was a cocaine paranoid living with his parents when his father shot him during an altercation the day before his 45th birthday. According to Motown, Gerald Posner's sobering exposé of "Money, Power, Sex, and Music" at the fabled Motor City record label, due in January from Random House, the violent, cross-dressing Pentecostal preacher then walked over to his fallen namesake, and shot him again with a .38 handgun, "point blank." Injustice had been served.

Mary Wells, whose casual sass on "My Guy" kick-started the Motown legacy, was the first major artist to desert Detroit's dream factory in 1964, never to achieve another substantial hit before falling victim to throat cancer in 1992. Supremes founder Florence Ballard, the best voice in the most successful female chart act of all time, was fired in 1967, and died of a heart attack less than a decade later, dilapidated by the alcohol abuse that led to her dismissal. Tammi Terrell, 27, Marvin Gaye's winged soul mate on "Ain't No Mountain High Enough," was buried by a brain tumor in 1970, Motown intimating that the promiscuous party girl had suffered neurological damage from "savage" beatings by Temptations' vocalist David Ruffin, who overdosed 20 years later. The Tempts' grisly tale of death and dysfunction eventually became a lurid TV miniseries in 1998.

James Jamerson, until recently a little known (bass) player in Motown's Shakespearian rise and demise (label patriarch Berry Gordy as King Lear), suffered his own inglorious curtain call. As re-enacted toward the end of Standing in the Shadows of Motown, a feature-length documentary opening nationwide Friday (see Film section for review), Jamerson scalped a ticket to NBC's 25th Anniversary Motown special in 1983 because no one invited him. Four months later, the 45-year-old bassist whom music historians are now crediting as the answer to a 30-year universal mystery -- "What is the Motown sound?" -- died from complications surrounding alcoholism.

"Saying that James Jamerson was just another studio bass player is like saying that Baryshnikov is just another dancer," writes Allan "Dr. Licks" Slutsky in his introduction to Standing in the Shadows of Motown -- The Life and Music of Legendary Bassist James Jamerson, the book that birthed the film. "For a decade and a half, [Jamerson's] driving bass lines did a lot more than just provide the rocket fuel that propelled the Motown hit machine."

Half biography, half instructional manual with two CDs worth of tutoring and testament from bassists like Paul McCartney, John Entwistle, and Geddy Lee, Slutsky's labor of love landed the Philadelphia-based guitarist Rolling Stone's prestigious Ralph J. Gleason Music Book Award in 1989, the year the book was published. Given the subject matter Slutsky had the genius to explore, it's no wonder that Motown's oft-anguished history elicits passionate empathy and talk of far more prestigious rewards from Slutsky.

"This whole thing came out of the same turmoil!" exclaims Slutsky, also one of the film's producers. "If people knew what it took to get this film to this point, we would get the Academy Award on effort alone. I spent 16 tortuous years getting this to this point. I sold every guitar I own. I lived in pawn shops ... .

"But I'll tell ya what. That brought out the best in me, which is why this is the greatest thing I've done in my life."

Sure as William "Smokey" Robinson deserves a Nobel Prize simply for being Smokey Robinson, Slutsky has done a wonderful thing. For starters, James Jamerson was only one of Motown's "Funk Brothers," the small cadre of Detroit, mostly jazz musicians who backed Gordy's choir of vocal groups. "Would you happen to know who played the music on the Supremes' albums?" ask the filmmakers at the beginning of Standing in the Shadows. "You know, the instruments and stuff?" Answers from stumped record store mill-abouts range from "I have no idea" to "the Miracles" and "the Pips?"

Who grooved more No. 1 hits than Elvis, the Beatles, and the Rolling Stones combined? James Jamerson, who according to Slutksy's book, played on "virtually every" Motown track from 1963-68. Benny "Papa Zita" Benjamin, Jamerson's lockdown better half until heroin killed him in 1969. Original pianist Joe Hunter, his late-great replacement Earl Van Dyke, and guitarist Eddie Willis -- saxmen Hank Cosby and Mike Terry honking their low-tones like rush hour traffic. Man by man, their stories and credits come to light.

Jack Ashford, the only tambourine player who ever mattered. Crackling stickman Uriel Jones (Gladys Knight's "I Heard It Through the Grapevine," "Ain't Too Proud to Beg," "Papa Was a Rolling Stone"), Jamerson's replacement, Bob Babbitt ("Tears of a Clown," "Mercy Mercy Me," "War"), and a half-dozen others, most of whom are now dead. Musicians whose contributions to nascent compositions were as important as Holland-Dozier-Holland's and Norman Whitfield's standards, or Levi Stubbs' rasp and Eddie Kendricks' falsetto.

"Without them," states Motown arranger/ producer/songwriter Paul Riser in the film, "there really wouldn't be a Motown. That was the sound -- that was the foundation. That was the essence of Motown."

That's overstatement once one catalogs the magnitude of timeless talent that appeared on the doorstep of Gordy's pop culture incubator at 2648 West Grand Blvd. Writers, singers, and musicians whose collective efforts are international hallmarks of joy and humanity. The singers are long enshrined, the writers rich and renown. That Standing in the Shadows of Motown takes Jamerson and his basement all-stars from a musical footnote to full verse and chapter is about as righteous as talking Motown with four Funk Brothers in the Driskill Hotel on the morning following the film's October premiere at the Austin Film Festival. 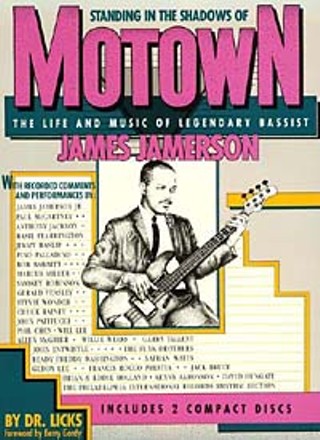 Austin Chronicle: These songs, and the recognition of your contribution to them, make you immortal in a sense.

Eddie Willis: You'd play a session and then forget about it until you heard the songs on the radio. It was never a big deal, because that's what we did everyday.

Jack Ashford: You said the key word, "immortal." We've been immortalized in the annals of music history, and I think that's a tremendous accomplishment. It makes me feel good.

Bob Babbitt: Yeah, I'm on a natural high. I'm in awe of what's happened, and I'm glad we could be here to do what we did, and do a credible job so it helps everybody else before us, and even makes it a little bigger. The band still sounds good, you can hear it on the new CD.

Jack Ashford: You know what word "immortal" brings to mind for me? "Closure." To all that we experienced from the first day we cut a Motown session. Everything we felt we were denied, this movie, and all the things that are happening right now, at this moment in time, is closure for us. Nothing can take that away from us anymore. If it doesn't go any further than it goes right now, it brings closure.

Closure. Like perhaps the hero's welcome the Funk Brothers received at the Apollo last Thursday. In the film, and on the accompanying soundtrack, the band backs Chaka Khan, Meshell Ndegeocello, Gerald LeVert, Bootsy Collins, Ben Harper, and Joan Osborne, who sizzles on "Heatwave" and "What Becomes of the Broken Hearted." In Austin, at the Paramount after the screening, Slutsky and the above foursome fronted the karaoke crew of Tony Scalzo, Toni Price, Shawn Colvin, Ray Benson, Jimmy LaFave, and others.

At the Apollo, Ashford & Simpson pledged their eternal "Ain't No Mountain High Enough," Bootsy got down into the seats for "Uptight (Everything's Alright)," and Supreme Mary Wilson, Musiq, and Angie Stone helped bring down another House of God. (It was also Funk Brother keyboardist Johnny Griffith's last performance before he died in Detroit three days later.)

"I really don't know what happened to Jamerson, and Benny Benjamin, Marvin, and the rest of 'em," says Joe Hunter by phone from Detroit, fresh from the Apollo. Asked whether fame is a damning wish, the 75-year-old Funk Brother isn't terribly comforting. "Maybe the devil is out there in person, and you just don't see his horns ... .

"However there's more of them living that's still successful than those that died with drugs and alcohol."

"Right," chuckles Hunter. "I remember walking into the session that morning, 'Heatwave.' Brian Holland was standing there with a chord sheet. It didn't have no melody. He asks me, 'What kind of beat do you think goes with these here chords?' We went over the piano, and I did a little experimentation. I said, 'If it's swinging, and the bass is playing 4/4 time, I think I'll play a Charleston beat on this.'

"You know," says Hunter, scatting softy over the phone, "a Charleston beat from back in the 1920s."

"She was," purrs Hunter with a parent's love in his grandparent's voice. "She was young, and girlish, and full of life." Standing in the Shadows of Motown opens at the Dobie, Friday, Nov. 15.