Daniel Lanois confirms as SXSW keynote, Springsteen cancels, and another club -- the Six of Clubs -- closes. Biz as usual, in other words. 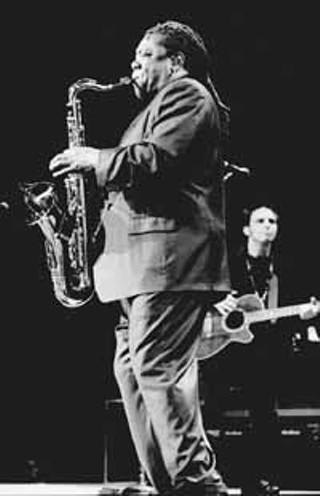 This Keynote's for You

OK, people, time to get serious about the business side of the music industry. This week, the final application deadline for SXSW 2003 nears as the music conference announces their keynote speaker for next March's brouhaha. Producer Daniel Lanois will be the honoree at SXSW, which Creative Director Brent Grulke says will be moving its conference location to the new portion of the Convention Center for additional convenience. It'll be a while yet before any performers are announced for the music festival, but a few conference panelists have been confirmed already, including Bill Bentley, Frank Riley, Donald Passman, Jeff and Todd Brabec, Lorraine Ali, Ken Irwin, Jenny Toomey, Nan Warshaw, Karen Glauber, Frank Callari, and Dave Marsh. For those bands hoping for a SXSW 2003 showcase, the absolute final opportunity to submit a packet is Tuesday, Nov. 12, 6pm-midnight at Ruby's BBQ, 512 W. 29th. As always, bring a CD or cassette of at least three songs, a press kit including a bio and photo, and the $25 processing fee. For you non-locals reading this online, the postmark deadline for applications mail-ins is Nov. 8. Grulke asserts that the application process is specifically designed to be done online this year, and he pleads for even those who come to Ruby's to complete their applications via www.sxsw.com.

Giving You the Business

There's more than SXSW to think about if you want to keep a healthy business presence in the music industry. Music-related establishments should note, then, that the Texas Music Office is accepting listings in the 2003 edition of the Texas Music Industry Directory, the annual source book that gathers info on more than 14,000 Texas music businesses, musical acts, and events. To request an application, call 463-6666, fax 463-4114, e-mail music@governor.state.tx.us, write to PO Box 13246, Austin, TX 78711, or visit www.governor.state.tx.us/music.

Meanwhile, the Texas chapter of NARAS (the Grammy people) is hosting a free education event for music professionals focusing on independent record labels and label services, including distribution, publishing, marketing, promotions, and publicity. That's 6:30-9:15pm at La Zona Rosa on Monday. Admission is free to the two panels: "How It Gets Done: Working Parts of the Independent Label" with Dave Brichler of Lone Wolf Management, Jo Rae DiMenno of Hard Pressed Publicity, and others; and "Who's Done It: Indie Label Founders Tell Their Stories" with moderator Freddy Fletcher of Pedernales Records, Freddie Martinez Jr. of Freddie Records, Bill Nowlin of Rounder Records, Cameron Strang of New West Records, and others.

Mere days after reports from Paul Oveisi that he was working on selling the Six of Clubs, word comes that the venue has closed. "He has no authority to sell it!" declares Josh Cisneros in response to Oveisi's claims. "I own the damn lease!" Cisneros, in fact, locked Oveisi out of the club last week after hearing of the supposed sale, citing unpaid rent as a reason. He says he made a point of shutting the doors before Oct. 31 because, "I wasn't about to let him make all that Halloween money that he wasn't going to give me!" In the days since the eviction, Cisneros says he's shown the place to several interested parties and is hoping to keep the place a live music venue. He admits "that may not happen," and that some interested customers are seeking to open another dance club on the block. Oveisi didn't return the Chronicle's call.

A Little Too Quiet!

Austin's DiverseArts managed to get by this year with a pared-down Jazz & Arts Festival, but Kerrville's planned Quiet Jazz Festival wasn't quite as fortunate. The too-aptly named event, scheduled for this month, has been canned after failing to sell enough advance tickets. "We sold over 100 tickets to Michael Martin Murphy's Christmas concert when it was still unannounced," laments Kerrville's premier resident Rod Kennedy, "but after sending out thousands of mailings for the Jazz Festival, we only sold 22 tickets for it!" As an aside, although he's officially out of the Kerrville Folk Festival business, Kennedy offers hope for those awaiting the next KFF. He's still an insider, after all, and says that while he can't name any names, there are some impressive stars already in the verbal agreement stage for the next fest.

SXSW isn't the only music festival still standing (though it's close). A number of local acts, including the Western Keys, Octopus Project, Explosions in the Sky, Spoon, Beaver Nelson, Brown Whörnet, Cruiserweight, Jeff Klein, Masculine Feminine, Meat Purveyors, Stars of the Lid, Schatzi, Young Heart Attack, and Okkervil River made the trek to NYC's CMJ fest last weekend. Chronicle film scribe and Okkervil River frontman Will Sheff reports, "[Our] showcase went quite well, in spite of the fact that we were using all borrowed gear, and Mark and I arrived at JFK airport roughly an hour before we were supposed to step onstage. Oh, and we were limited to five songs due to some CMJ scheduling mishap. Still, it went well; not like our friends at Misra Records whose entire schedule was pushed two hours back due to an impromptu comedy set by Joan Rivers (I swear to God)" ... The Diamond Smugglers returned safely from their big L.A. Halloween party gig without being able to say whether or not American Idol's Ryan Seacrest was in fact in the crowd. Hunter Darby did confirm that Pauly Shore was definitely in attendance... "The last thing we want is musicians constantly doing benefits to raise money for themselves!" That's the logical reasoning SIMS' Don Harvey uses to explain the organization's new tack, in which SIMS is urging music-related businesses in Austin to start pulling their weight as a group. SIMS is targeting 75 local clubs, record stores, studios, musical instrument stores, record labels, and restaurants in its "Rock Enrollment" plan of having businesses commit to an annual membership, the Continental Club being the first organization to sign. The membership drive starts this coming Monday and culminates with a "Rock-Enrollment Celebration" at the Continental Dec. 5, with a performance by Hot Club of Cowtown... While the passing of skiffle legend Lonnie Donegan gets glossed over in favor of Jam Master Jay's murder, I should mention that a couple of music staffers have fondly remembered the Run-DMC show a few winters ago, out back of a freezing Fat Tuesdays, where the trio did a hardcore two-hour set for no more than 50 people... Finally, you probably know that Bruce Springsteen canceled his Erwin Center show of Nov. 6, but in case you hadn't heard the reason for the rescheduling (for March 2), official statements placed the blame on Clarence Clemons popping a retina (ouch!), requiring an operation that was successfully completed on Tuesday.