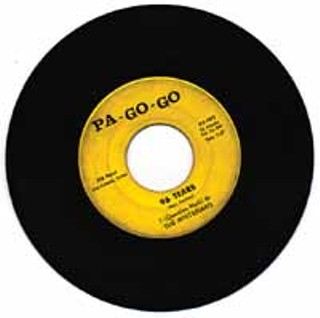 Top 40 radio and Texas go way back together. In 1955, Chuck Dunaway and Kent Burkhart initiated what's thought to be the very first radio station music survey at KXOL in Fort Worth. Although Omaha programmer Todd Storz is generally credited with actually codifying the Top 40 format based on his study of jukebox play patterns, Gordon McLendon's KLIF in Dallas was one of the format's earliest adapters and most influential adherents.

McLendon dubbed KLIF "America's Most Imitated Radio Station," and there was definitely some truth to the claim. Dallas-based PAMS Productions was the nation's leading maker of station ID jingles, and when programmers from around the country visited Dallas to work with PAMS, they heard KLIF and took notes. McLendon gradually homed in on a listener-driven music policy -- as opposed to just letting deejays pick records -- and assembled a stellar lineup of on-air talent, including Art Nelson, Don Keyes, Jimmy Rabbitt, and Russ "Weird Beard" Knight.

This resulted in KLIF becoming the No. 1 station in Dallas from the mid-Fifties through the early Seventies, a period generally thought of as the "Golden Age" of Top 40. McLendon's KILT in Houston and KTSA in San Antonio had similar success in their respective markets. In Austin, Wendell Mayes' KNOW was the prime Top 40 player at 1490 on the AM dial.

Top 40 AM stations began their gradual slide when listeners abandoned the AM band for the sonic clarity of FM stereo. In the Eighties, Top 40 evolved into "Contemporary Hit Radio," or CHR. While CHR maintains some of the personality-driven vibrancy of Top 40, rigid format segmentation and media consolidation have boxed it into a bland corner devoid of the big-tent musical variety and defining regionalisms that made Top 40 worth listening to.

Of course, Top 40 radio couldn't have succeeded without the galvanizing effect popular music had on American youth, beginning in the Fifties. And from Les Baxter to Destiny's Child, Texas-bred artists are a constant thread in that story. There have been hundreds of great -- and it must be said, not-so-great -- Top 40 hits out of Texas since 1955, even as "singles" have become an endangered species. Yet if you had to pick 40 of these hits, what would they be?

To answer that question, I asked the Chronicle's music staff and a number of music/media luminaries from Austin and around the country -- including two real, live Top 40 artists! -- to rank their 40 favorite Top 40 hits from Texas. Utilizing my rudimentary arithmetic skills, an overall ranking was then assigned each of the 213 songs that received a nod. The idea was to re-create the survey-driven, community consensus spirit projected -- if not necessarily practiced -- by early Top 40 radio.

For a song's possible inclusion into the Chronicle's Texas Top 40, two requirements had to be met: The song had to be a Top 40 hit on Billboard's "Hot 100" singles chart between 1955 and 2001, and the performing artist had to have a tenable connection to Texas.

Both criteria fomented dissent among the troops. The first meant that the 13th Floor Elevators' "You're Gonna Miss Me," surely one of the most beloved and influential songs ever to come out of Texas (see sidebar), wasn't eligible since it only made it to No. 55 in Billboard. The second requirement was even more contentious. What makes someone a Texas artist? Is it being born here? Playing music here? First achieving notoriety here? In the end, I left what constituted a "tenable connection" open to each chart-maker's interpretation.

Given this survey's long view of pop music, newer songs were at a disadvantage against time-tested classics. The age range of the people surveyed (twentysomethings through sixtysomethings) also contributed to this. As a result, the newest song that made the Texas Top 40 is already 11 years old. If this survey were taken again in 10 years, however, when today's 11-year-old is 21, "Bootylicious" would likely be up in there somewhere.

These are the eternal foibles of trying to quantify works of art against one another. No matter how much you know, or how much you try to seek consensus, there's always room for argument. Ultimately, provoking a spirited argument with an exercise like this is its own special reward. If nothing else, let this be a yardstick by which we can all disagree.

Special thanks to Mike Buck and Antone's Records for use of their fabulous archives. Thanks also to Martin Coulter of Waterloo Records for additional record wrangling.