In March 1969, at the age of 44, Jimmy Scott recorded The Source for Atlantic Records, widely regarded by jazz aficionados as one of the finest vocal albums ever cut. During the session, when the musicians listened to the playbacks, Junior Mance "kept shaking his head, 'I can't believe it, I can't believe I'm hearing what I'm hearing.'" Scott should have been rich and famous, but at a time when the music industry was even more shameless and powerful than it is today, he was one of its great victims. The Source, like its predecessor Falling in Love Is Wonderful, was recalled when Savoy kingpin Herman Lubinsky threatened legal action stemming from what he believed to be a lifetime ownership of Scott's recorded voice. David Ritz's Faith in Time is both a loving and authoritative look at the life of one of jazz's nearly forgotten greats. Ritz follows Scott's life chronologically, from his turmoiled upbringing in Cleveland to his present, long-overdue success as a touring artist, deftly sprinkling in historical side notes and interviews with musicians, friends, and industry folks, including Lubinsky's own son. Ritz writes, "The mixture of earthly and heavenly longing is what gives Jimmy his edge." Through his high-pitched, feminine voice, with its trembling vibrato that clings to the back of the beat, Scott expresses all of the pain, hope, and joy in his heart. Born with Kallmann's Syndrome, a genetic condition that halts sexual and physical development before puberty, Scott's voice never changed. Emotionally, there's another way in which Scott's heart never left his 14-year-old body -- the sudden death of his beloved mother left a hole he's been trying to fill his whole life. If you saw Mathew Buzzell's wonderful documentary If You Only Knew at SXSW last year, Ritz's biography helps to fill in the gaps. Standing alone, Faith in Time is a detailed portrait of an inspiring artist whose often-painful life is marked by great faith, humility, and tenacity. The crowning touch to Scott's career comeback is Rhino Records' finally re-releasing Falling in Love Is Wonderful in a limited edition of 7,500 copies with new liner notes written by David Ritz. 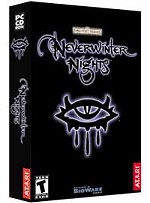 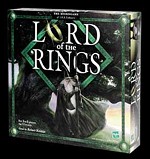