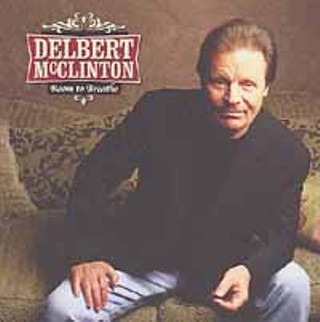 There are no gambles with a career like Delbert McClinton's. He's a cottage industry with nothing to prove to anyone except that he can smoke the competition in a flash. His 40 years in the business resonate on Room to Breathe, an album that raises a beer mug to the salt of the earth. In top composing form, McClinton wrote or co-wrote the album's 12 songs, though it's amazing Dr. John didn't pen the slinky "Jungle Room." He also taps a stellar cast of players and guests, including Emmylou Harris, Steve Earle, Marcia Ball, Ray Benson, and the Flatlanders, and you know good things are ahead with an opener like the sassy "Same Kind of Crazy," in which Bekka Bramlett proves tight-fitting genes are everything. No one knows roadhouse blues like McClinton, whose honky-tonk-weathered vocals shine on "Smooth Talk," "Ain't Lost Nothin'," and "Everything I Know About the Blues," which sounds like Don Robey-era Bobby Blue Bland. Blues of every variety pop on Breathe, including the piano-pumpin' "Blues About You Baby." In fact, between the second-line flavored "The Rub" and ballad "Don't Want to Love You," McClinton's got little room to heed the title advice. How does Room to Breathe stack up in his career? Good, but not great, in part because McClinton's fire really burns when he's performing live. Moreover, Room to Breathe doesn't blaze new trails or even resurface old ones as well as Nothing Personal did. Then again, like the Rolling Stones, after 40 years of nonstop action, McClinton's earned the privilege of not having to do the wildest dance. (Delbert McClinton plays Antone's, Friday, Oct. 18.)