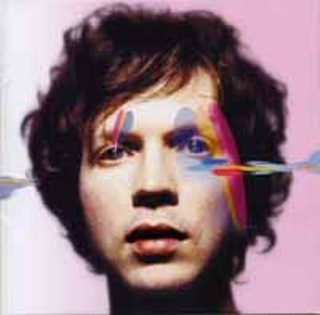 Tears of a clown: After Überslacker Beck (Mellow Gold), Freak Beck (Odelay), Stoned Beck (Mutations), and Prince Beck (Midnite Vultures), is the world ready for Sad Beck? Everyone's favorite towheaded human jukebox is uncomfortably numb, but after all, "It's only lies that I'm living," he opines on "Guess I'm Doing Fine." (He's not.) But whatever the source of his crushing heartbreak -- one hopes it's not Winona Ryder who's done this to him -- he's managed to spin his tears into acoustic gold. Best of all, he does it without sounding pathetic or vengeful; instead, he comes across as detached, forlorn, and a little befuddled. Re-enlisting Mutations producer Nigel Godrich was a good call, as the Brit sprinkles a liberal helping of OK Computer fairy dust over the arrangements -- the (relatively) upbeat "Lost Cause" is a kissin' cousin to Radiohead's "No Surprises," and the layered "Little One" carries a hint of "Karma Police." Elsewhere, warm strings provide a salty counterpoint to Beck's wounded emotions, adding mystery and a hint of bile to "Paper Tiger" and a flickering sense of finality to "Round the Bend." One day he may be sufficiently healed to once again don the flash-dance ass pants, but in the meantime, Sea Change joins Weezer's Maladroit and the Red Hot Chili Peppers' By the Way on the list of beautiful-but-sad 2002 L.A. LPs. That energy crisis last year must've been worse than we thought.