Kelly Willis got what she deserved 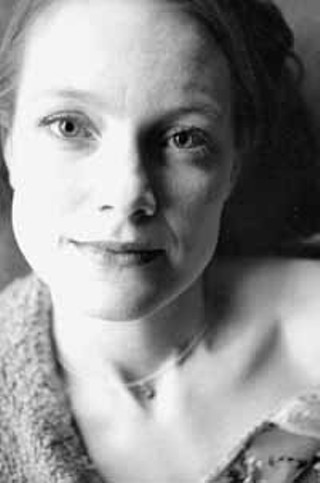 Three years ago, Kelly Willis considered titling her album Redemption before ultimately settling on What I Deserve. She wound up with both. Not only was it the Austin singer's biggest critical success, it was also her best-selling effort. Despite three previous albums for MCA Nashville, What I Deserve may have been couched in the media as a comeback, but in reality, it was more of an arrival -- a story of both redemption and independence.

"I feel like I've turned a corner in my life," Willis told the Chronicle in 1999, buoyed by the confidence of having sold Rykodisc an album recorded without a label, mercenary producer, or big budget.

As important as that album was, it's now clear Willis had yet to turn her most significant corner: motherhood. Willis and husband/songwriter/performer-in-his-own-right Bruce Robison welcomed Deral Otis Robison into the world just months after learning that country superstar Tim McGraw had cut Robison's "Angry All the Time." By the time the song hit No. 1 on Billboard's country charts last October, diaper budgets and college funds were suddenly concerns of the past.

Today, Willis is committed to parenthood first, and a music career second. That said, Tuesday marked the arrival of her new album, Easy, a more acoustic and subtle, but no less compelling or likeable follow-up to What I Deserve. It too marks an arrival, that of a woman who seems to have everything: family, career, and finally, genuine happiness.

Austin Chronicle: Has too much already been made of Easy being your first album as a mother?

Kelly Willis: I'm a little concerned about it. It's not like I was making the "I'm-a-mom-now" record. But having a child completely changes who you are and how you approach the world. And it's changed the way I'm going to approach touring and all my other priorities. It keeps coming up in interviews. I'm so happy and proud to have this little boy in my life that I'll go on and on for hours given the opportunity. But it's not my intention, and this isn't a motherhood record. It's just a record.

AC: There are a lot of sad songs on Easy, which isn't necessarily consistent with the idea that you're happier now than you've ever been.

KW: Yeah, but I think one ordinary average heartbreak is enough fuel to last a lifetime. I think everyone can remember one very painful heartbreak in their lives. Even if you're not in the middle of some heartbreaking thing, you might have self-doubt or feelings of insecurity. You can't be perky and wonderful all the time. Sad songs actually make me feel better -- the emotion you can connect to there makes me feel so much better than a perky, happy song.

AC: How much did What I Deserve accomplish for you?

KW: A ton. It separated me from my Nashville career, where I was always just the girl with potential. It established my independence. I went out, made a record, and found someplace to put it out. And it became the most successful album I'd done. It gave me confidence and it gave people a reason to take me seriously. That's pretty huge.

AC: Confidence seems to have always been your problem. How much more confident are you now than a record ago?

KW: I don't know if it's confidence as much as that I have less fear. I don't feel like it would destroy me if something went wrong. I was determined to prove myself with What I Deserve. And if that was my last record, I would have felt like I proved it and could go on to something else without regret. Now, it's just like gravy getting to make a new record. I always want to be better than before and improve, but I feel like the world has now seen what I can do and knows what I'm capable of. I feel like if I died tomorrow I wouldn't be disappointed I didn't get the opportunity.

AC: I think people might view your confidence issues as strange. You get great press and seem to have truly faithful fans. Do you look at those people and not understand what they're excited about?

KW: Sometimes I do, sure. Sometimes I look out to an audience and think, "These people are never going to come to one of my shows again." I started playing music at 17. I was very uncomfortable onstage and very nervous about my stage persona. That part doesn't fit my personality. They call it persona-role conflict, where your personality is at conflict with your role in society. And in the beginning, I used to think everyone hated me. We'd open for other people, and there was always that guy in front of the stage with his arms folded and eyes squinted, willing me to fall apart. Now I know you can't really think about whether the audience adores you or hates you. It would make me shrivel up and hide if I thought that way.

AC: Last time around, you were the alt.country poster girl. How much did it bother you to be lumped in with so many others that are connected to what you do in name only?

KW: I actually liked being included in the group of people being called alt.country. To me, they were making much better music than in Nashville and better than most of the stuff on Top 40. But even while I was proud to be associated with it, I felt like a bit of an outsider to it, because I did have more of a Nashville connection than most of those people. I felt more traditional country or somehow less cool than what they were doing.

AC: Don't you have more in common with folks like Patty Griffin or Beth Orton than you do Faith Hill?

KW: Maybe. But I have more in common with Faith Hill than Patty Griffin or Beth Orton do because I had a Nashville experience. I guess I probably fall right between them, even if I'm really trying to have an artistic career -- to have a singer-songwriter career. The Nashville thing is fine, but it takes a whole different talent than I ever had. I have to laugh at how they thought I could do that. I could never entertain people the way Faith Hill does. I have respect for it; it's just not me.

AC: Another centerpiece of your story has become your extended family; that you, Bruce, his brother Charlie, and the Dixie Chicks share familial ties and space in the same marketplace. Have people made too much of that?

KW: I've never been bothered by it. I think it's an interesting story myself. It's weird that so many individual careers are in this one family. We're not in each other's bands -- we all have our own songs, records, and fans. I think it's bizarre, so the story doesn't grate on me.

AC: And there's no competition between you folks?

KW: We all do really different stuff. Somebody who doesn't know about music might think we all do country music so we're fighting for our piece of the pie, or that the only real success is the Chicks. But I think we each feel comfortable with our little niche. I don't feel threatened by anyone or what anybody else does. It's not like I think I could ever have the Dixie Chicks' success.

AC: Yet they started off in funny dresses at state fairs, and you started off much more commercially viable than they ever did.

KW: That's true, but every little piece of commercial success I wound up with made me more uncomfortable. Now I've found a place that I'm comfortable. I'd love to be really commercially successful, but I also know what to turn away from. I've known some really famous people who could never do something that wasn't in line with their image -- they wouldn't hang out at a bowling alley and be a regular person. They always had to be a superstar.

I think sometimes to be a superstar you have to always be presenting yourself as one. And I'm not interested in that life at all, so I just don't think it could happen. I'm just so much more comfortable in my skin now. I've found a career I can be happy with.