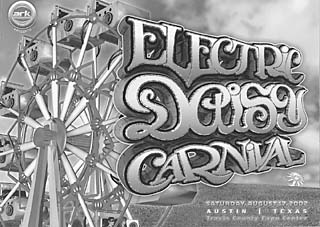 Tish Hinojosa on the Ropes

Sure, music and drugs go hand-in-hand -- just ask any Republican -- but it's a safe bet no one expected to hear about Tish Hinojosa's troubles at the U.S./Mexican border. If by some chance you haven't heard, the diminutive local folksinger is out on $25,000 bail after being charged with drug possession this week when she and an associate were stopped at the Laredo border with 30 tablets of the notorious drug Rohypnol. Called the "date rape" drug, the pills were discovered in the shoe of Hinojosa's younger male travelling partner. The singer, however, took responsibility for their possession, also reportedly telling the authorities she believed the pills were Ecstasy. Don't expect a great outpouring of further information on the arrest any time soon. A notice posted on Hinojosa's Web site (www.mundotish.com) says that "The recent alleged incident on the international border in Laredo involving Tish stands in sharp contrast to Tish's decades-long tradition of community involvement, public service, and political activism. However, as the alleged incident is under investigation, it is currently impossible for Tish to make a statement."

Speaking of Ecstasy, it looks like the rave police didn't scare Noah Balch, aka Noah Ark, into permanent retirement after all. His local production company Ark Entertainment is putting on another monster Electric Daisy Carnival this Saturday at the Travis County Expo Center (home of the Austin Ice Bats), despite recent run-ins with the Draconian new "crack house law" that equates any sort of rave activity to an organized drug orgy. Such laws threatened dance-music gatherings across America with shutdowns by the police, with the concept being that raves were supposedly nothing more than magnets for Ecstasy and other drug use. The long arm of the law caused two major events to be canceled and a monumental deal of exasperation on Balch's part. So how and why is he back? Because of the cops, he says. "These events are now legal once again because of all the work we've done with the DEA, TABC, APD, etc.," he reveals. "We've met with the authorities 15 times since October, so we're all on the same page." This event, which starts at 2pm, will end earlier than your typical rave -- around 1am -- allowing the use of a nice facility like the Expo Center. "No mud and no shuttle busses this time!" he exclaims. "When you're going all night, you have to rough it, but by ending earlier we legitimize the event, and allow people to see it's all about the music and not about drugs." Does this mean Balch will continue full-steam-ahead with more productions? "Actually, a week after this event, I start law school at UT," he confesses. Performing at the EDC will be Sasha, Rabbit in the Moon, the Beastie Boys' DJ Mixmaster Mike, and many, many more. Balch says he's expecting some 10,000 people, many from out of town who are arriving early for a pre-show party Friday night at Texture. There's also an afterparty on Saturday at Asylum for those who believe it isn't a party unless it goes on till dawn.

Perhaps you noticed that the Elvis Presley bash last year at the Continental went from being called the "Graceland" Revue to the "Gracelin'" Revue, and that this year (on Aug. 23-24) it bears no Grace at all. Has the Continental Club gotten a nasty letter from the Presley estate? Ted Roddy explains: "Late, late one night after one of our tribute shows, someone suggested using a Ouija board to try to connect to the spirit of Elvis to get his approval. After several attempts, we began to hear a drumming sound, as if someone was playing the intro to 'CC Rider' with their hands on the underside of a table. It became apparent to all that we were suddenly in the presence of the Memphis King! He told us he dug the shows and appreciated the fact that we focused on the music and not the fashion or body weight or personal problems many seem to associate with the memory of Elvis. He said he also wanted us to ditch the name we'd been using, as he wanted us to be unhampered in our attempts to share these songs with the world, and added he didn't want his estates' team of lawyers to get their panties in a wad! So he suggested the King Conjure Orchestra since we were not attempting to imitate but simulate what it might be like if he was here to do [other songs] himself." Actually, the folks at the Continental say the name change was "a preventative measure," just to ensure there would be no such trouble. "If the Godzilla Motor Company can hear from Tokyo," they add, "we could hear from Memphis."

It appears that Russell Crowe's guitarist, like Crowe himself, just can't get enough of Austin. Thirty Odd Foot of Grunts axeman David Wilkins, who's reputedly something of a hitmaker himself back in his native Australia, popped into town for three days this week to record some tunes at Arlyn with locals Jon Blondell and Donnie Wynn as his rhythm section... Speaking of Blondell, the jovial trombonist says that his trip to the Grand Ole Opry with Dale Watson recently was nothing short of fantastic. Watson played three Opry performances, says Blondell, and "he killed 'em!" Watson should've already been on good terms with the Opry gang, having previously filled in for Jimmy Dean doing "Big Bad John" at a special Opry bash. Watson will continue to keep busy by spending most or all of September on the road in Europe... Word is there's a new band playing around Los Angeles called PCH and that the members of said band are Chip Kinman, Tony Kinman, Brian Young, and Javier Escovedo. Despite the fact that the Kinman brothers are known for their classic twang act Rank and File, there's still no word on whether PCH stands for "Pawned our Cowboy Hats"... Although he's booked to play a bunch of gigs over the next few weeks in Austin and Houston with the Lucky Strikes, Friday is the last scheduled date for Karl Siegfried's own group the Siegfried Quintet All-Stars before he moves to Chicago at the end of this month. The show (7-11pm, at the North by Northwest Restaurant and Brewery, 10010 Capital of TX Hwy. N.) features "an all-star lineup of great Austin jazz players"... Finally, I've been asked to pass along this little notice: Since Happy Guitars has closed, people who have instruments and stuff there need to go and pick them up pronto. Otherwise, there's a big sale/auction coming up and "there's gonna be some pissed off people"...