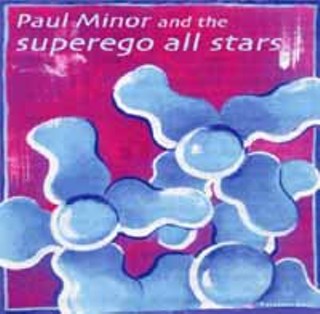 Low Overhead (Nickel & Dime) Paul Minor wants to be a uniter, not a divider. In lieu of an actual band, he's turned Superego into a loose assortment of several Free for All-friendly musical factions: the old Superego, Fastball/Young Heart Attack, Kitty Gordon, and old cronies Chepo Peña and Jeff Johnston. Grand Champeen must have been out of town. This revolving-door philosophy worked great as a carnival barker's come-on to the Sunday night carousel that was the Hole in the Wall. Unfortunately, that circus has left town, and as a result Low Overhead resonates more as a memoir of a dying scene than for anything musical. One song, appropriately recorded with members of Fastball, puts it best: "The Cost of a Dream Destroyed." Low Overhead isn't totally barren, however. "Trouble Run" and "Electric Chairmen" work up decent heads of steam, and Minor's lyrics would still place pretty high in the O. Henry pun-off. But where Superego albums were once loaded with cheek and abandon, here there's only resignation and regret. Given the Austin music scene's ongoing facelift, it's certainly understandable, and hopefully Low Overhead is merely a holding pattern until Minor gets his mojo back, because at least he's still out there fighting the good fight. Unlike some people.