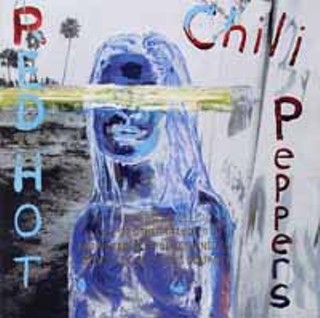 By the Way (Warner Bros.) The Chili Peppers' seventh album is a surprise on the order of Adam Sandler winning a Best Actor Oscar, especially since 1999's Californication implied that the L.A. quartet was content to keep rewriting "Under the Bridge" and count the zeros on their royalty checks. Uh-uh. By the Way is orchestral, taunting, sinister, beatific, rousing, jocular, nervy, ethereal, and dare I say it, mature. Vestiges of the socks-on-cocks party boys survive on "Can't Stop," "Minor Thing," and the frenetic title cut, but here, the funky monks bob and weave around their valley where ghosts outnumber cell phones and palm trees two to one. Lurking under the pinball noises, musical saw, synth, bass clarinet, strings (strings!), and Five Stairsteps harmonies is a riptide of melancholy that swirls from the skeletal "Dosed" to the very Let It Be "Tear," and even the flamenco romp "Cabron." Thanks in large part to guitarist John Frusciante's crystalline inflections, the resulting mix of sunshine and sorrow makes By the Way possibly the finest batch of aural California since Chris Isaak's Forever Blue. Don't be surprised if the album spins off more singles than Blood Sugar Sex Magik, chief among them the goosebump-raising "This Is the Place," and the sprawling "Midnight." Some credit must go to producer Rick Rubin, a long way from his "Fight for Your Right to Party" days himself, but it's the Chilis themselves who announce with newfound authority that sometimes, in order to grow up, you've got to give it away.