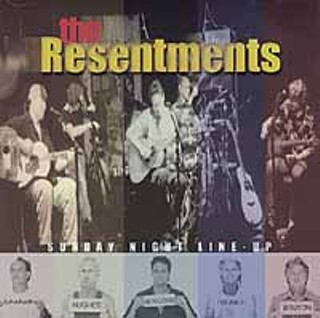 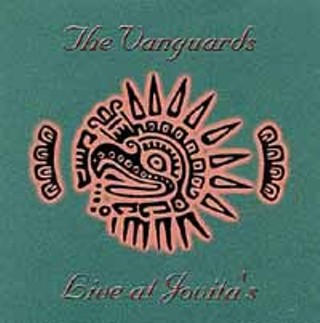 It's a hallmark of Austin music that passing from this life to the next means an artist's gone, but seldom forgotten. As the years go by, the party upstairs gets bigger and better. Here on earth, the pleasures are heavenly: cold beer and good music are manna for the living. It's a coincidence, but no surprise that two CDs are released, both from local acts that are essentially bar bands, both albums recorded live in South Austin, and both paying fond tribute to the late Mambo John Treanor. And yet, what are the odds that both albums would feature songs about zombies!? Mambo was an integral part of the Resentments, the Saxon Pub's Sunday night all-star cutups: Jon Dee Graham, Stephen Bruton, Bruce Hughes, and Scrappy Jud Newcomb. Music is almost incidental to the repartee of Sunday Night Line-Up, but the standard of songwriting is so polished it shines through. Bruton and Graham offer the club gods "Daydrinking" and "October," respectively, while giving their fellow band members their due (Hughes' "Hey Baby, Why" and Newcomb's "Been So Wicked"). The long-running Vanguards also laid claim to Mambo's slinky percussion, which infused the band's rootsy rock with his organic beat. Part of Live at Jovita's is testament to the Vanguards, who hadn't played in more than 10 years when this CD was recorded last summer. The other charm is the way it highlights the individual members, much as the Resentments' album does. Spencer Jarmon wrote eight of the 14 musical tracks, incorporating zydeco, revved-up rock, and blues ("Ain't That Lovin'," "Dental Bit," "Fine Like Silver"). The other tracks are provided by sax player Jim Trimmier ("Treena") and bassist George Rarey ("Hollywood"), while "Rosie" is Treanor's composition, bursting with funkified, Little Feat-like rhythms. Mambo moments come on both CDs; on the Vanguards with "Mambo Speaks," and unintentionally from the Resentments with Graham's almost-finale, the exuberant "Big Sweet Life." When he sings "fear is just a dream and this is real life and it's a big sweet life," they're words to soothe the pain of losing a beloved friend as well as celebrate the joys of living. Rest in peace, Mambo, but keep on rockin'.