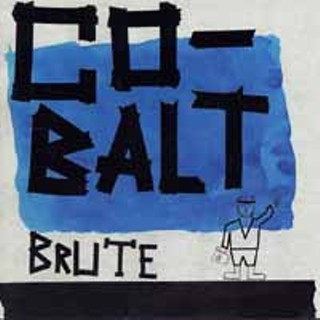 Co-balt (Widespread) A strange pairing, sure, but diminutive songwriting genius Vic Chesnutt and beefy jammers Widespread Panic have been connected since at least 1993, when they teamed up for the first release under the Brute moniker, Nine High a Pallet. Where that one was quirky and full of odd little tunes, Co-balt is fairly polished roots-pop that makes good use of the outstanding musicianship of Widespread Panic and the singular songwriting talents of Chesnutt. It's a big rock band sound made personable by the focus on Chesnutt's voice and lyrics, both of which survive immersion in fleshy arrangements relatively unscathed. More bellowing and less warbling, perhaps, but there are flashes of brilliance here, like the cool resignation of "Cutty Sark," and the freaky grind of "Puppy Sleeps." "Adirondacks" is a rave-up that doesn't really fit into the catalog of either involved party, and the title track is, on the surface at least, such high-reaching pop that it seems far too upbeat to have come from this pairing. Then again, maybe that's the point. It's not the sum of the parts that makes Brute an appealing project, but rather the creation of something new from two well-established pop entities. (Widespread Panic play the Backyard Thursday, July 18, and Friday, July 19. July 20 is sold out.)