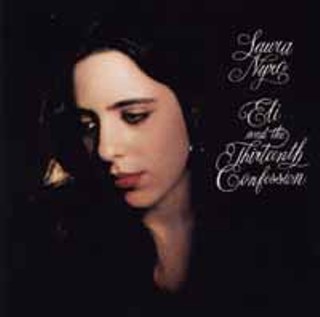 The Loom's Desire (Rounder) Three recently expanded and remastered reissues, plus a latter-day 2-CD live album, should keep the cult of Laura Nyro fans happy. Alternately praised and reviled by critics of the day, her ripe, expressive voice was as much her signature as her songs. And no wonder. Eli & the Thirteenth Confession was as perfect an album as had been recorded in 1968. Luminous, lyrical, and loaded with poetic imagery ("Eli's Coming," "December's Boudoir," "Sweet Blindness"), it's as hard as a New York sidewalk and equally gritty. The following year's New York Tendaberry extended that tough but tender vision, waxed and softened by her eloquence ("Captain for Dark Mornings," "Save the Country," "Gibsom Street"). Gonna Take a Miracle, from 1971, was a leap of faith. Fans loved the streams of consciousness in her lyrics, would they also love her singing oldies? Nyro and Labelle (formerly Patti LaBelle & the Bluebelles) covered Motown faves and soul classics with a femme doo-wop touch and instrumentation so spare it's almost a cappella ("Nowhere to Run," "Rose in Spanish Harlem," "Jimmy Mack"). The Loom's Desire is Nyro's final live recording, a double disc entailing latter-day material ("Gardenia Talk," "My Innocence/Sophia," "The Descent of Luna Rosé"), some of her best-covered songs, ("And When I Die," "Wedding Bell Blues," "Blowing Away"), and a few oldies ("Dedicated to the One I Love," "Let It Be Me," "Ooh, Baby, Baby"). Some of this material is found on Angel in the Dark, her last studio sessions for Rounder, but the live CD captures as much of her magic as can be held. Without product and touring, Nyro's status in the mid-Seventies waned, as did her audience. That's a shame, because from the Nineties on, her music should have been celebrated as the precursor of the Lilith Fair generation.