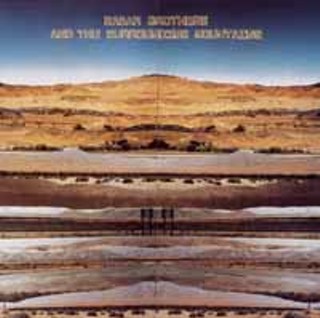 And the Surrounding Mountains (Merge) Maybe it takes the big-time bustle of L.A. to fully appreciate the escapist pleasures of a melody and harmony, delivered at a quarter-speed chillout pace. Or maybe it's just a California thing. Whatever the case, the Radar Brothers have seemingly digested all the warp-speed dichotomies and competitive capitalism of an American megalopolis, and divested themselves of every ounce of it. What's left are slow, naked, simple pastoral songs, embellished with just the right touches of orchestral grandeur and informed by a sharp lyricism that subtly references society's tragic flaws, and perhaps its inevitable demise. All the while, the band plays on as the ship sinks into the frothy deep. And the Surrounding Mountains finds the Brothers building on the spare beauty of 1999's The Singing Hatchet, embellishing key moments (such as the rousing chorus of "On the Line") with lush arrangements that complement the harmonies of Senon Williams and frontman Jim Putnam. And those harmonies and slow-burning hooks, they just don't go away. The flow and sound is so consistent, it's as if the album is one long song with 12 movements. Yet there's enough unexpected lyrical and musical turns to constantly whet the appetite. Amid the heartbeat-rhythms and deliberate vocal cadences that recall "Wish You Were Here"-style Pink Floyd, there lies a little slice of Americana, a little Byrds, a little Brian Wilson, a little Crazy Horse. But like the latest Wilco album, And the Surrounding Mountains sets itself apart with sharp production touches, not to mention A-plus songwriting that takes you where all the great ones go. (Radar Brothers play the Mercury Tuesday, July 9.)