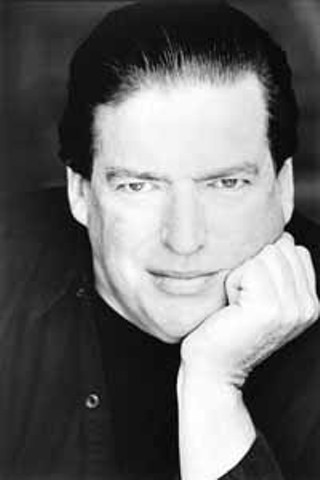 Although Chris Isaak sings "I'm the original American boy" during the opening of his Showtime series The Chris Isaak Show, it may well be the theme song of his band's drummer, Kenney Dale Johnson.

Born in the Panhandle town of Borger, Texas, in 1955, Johnson survived a typical, happy childhood, then went off to college. His experience with higher learning, however, was anything but typical. Johnson found himself at UT in the midst of a thriving Seventies music scene in Austin. This, of course, left him little choice but to pick up his drumsticks and join in. On the eve of the Chris Isaak band's first national tour since 1999, Johnson called from Irvine, Calif., to reminisce about his journey from Soap Creek to Showtime.

Austin's halcyon days as a scene were at hand when Johnson arrived. "I remember going out to Soap Creek and seeing Clifton Chenier or the Meters and going, 'Oh my God! I can't believe how good this is!' That club was such a cool place. If it rained, you might get your car stuck; you'd have to leave early to get out since the last quarter mile was nothin' but dirt."

Johnson loved Austin's music and clubs, but one thought nagged at him as he watched the endless stream of bands: "I'd go out to clubs and think, 'I'm as good as that guy!' So I brought down my drum kit." By 1974, the band he joined was headlining the same clubs he'd patronized only months before.

"Steam Heat played Al Green, James Brown. Paul Ray & the Cobras played more shuffles and stuff, with Stevie [Ray Vaughan] on guitar -- he wasn't singing much then. They played on Tuesdays, we played Wednesdays. And I can't even begin to remember how many incredible shows Steam Heat opened at the Armadillo. Gil Scott-Heron to Roy Buchanan. Amazing stuff.

"Then you'd go over to the One Knite and see Jimmie Vaughan's band. I remember in the men's restroom there, the graffiti read, 'We aim to please. You aim, too, please,'" chuckles Johnson. "I'll never forget that. Any night there was astounding."

Austin's jazz scene of the day percolated with bands like the Electromagnets, featuring a young Eric Johnson. The Fable record label was home to bands like Starcrost, 47X Its Own Weight, Beto y los Fairlanes, Jazzmanian Devil, and a variety of other non-country, non-blues bands. In 1975, Steam Heat released their first album for the label, Austin Funk, which enjoyed much local success. By 1977, the band had changed its name to Extreme Heat and Johnson moved on.

"I played with Steve Fromholz. He had a great circuit into Louisiana, Colorado, all these little towns in Texas. I played with Ed Guinn and Bob Brown in Texoid, for about a minute. But Fromholz was my first exposure to real touring."

Gigs were good, but Johnson began looking westward. "I have no idea why I went to California. I was happy in Texas. I guess it was just restlessness. Truthfully, when I got to San Francisco, the scene wasn't as happening as Austin. I played around San Francisco a long time before I joined with Chris."

To the young Texan, the West Coast of the late Seventies and early Eighties was a new experience. Johnson found work in pickup bands for touring legends like Bo Diddley and Ronnie Spector. A friend tipped off Johnson that a singer-songwriter named Chris Isaak was putting together a band and needed a drummer. Johnson auditioned and won the slot.

Director David Lynch needed a song for his film Wild at Heart and discovered "Wicked Game," a tune from Isaak's third LP, Heart Shaped World. Lynch used a brooding instrumental version in the film, with MTV jumping on the bandwagon by picking up a vocal video of the song. Originally, "Wicked Game" featured clips from the film, but was soon replaced with a black-and-white video by Herb Ritts that found Isaak and model Helena Christensen rolling around Hawaii's beaches. The song went to No. 6 on the national charts.

"'Wicked Game' changed everything," states Johnson. "We'd had a little success in Europe, but once it was a hit, everything was different. It made so much possible that wasn't before. People wanted to hear us."

Suddenly, Chris Isaak had clout. Not only did Silvertone collect a string of Bay Area Music Awards, they were regulars on The Tonight Show and Letterman. Director Jonathan Demme cast Isaak in a small role in Married to the Mob then Silence of the Lambs, and Lynch put him in Twin Peaks. "Wicked Game" won three MTV Video Awards, and Heart Shaped World went platinum. Silvertone was golden.

San Francisco Days (1993), Forever Blue ('95), Baja Sessions ('96), and Speak of the Devil ('98) followed. Silvertone was Grammy-nominated, continued to win more Bammies, and Isaak's cinematic profile (That Thing You Do, Grace of My Heart, Friends, Little Buddha) kept the band in the spotlight. Then came Showtime.

Inspired by the comedy routines Silvertone developed for their concerts, The Chris Isaak Show was born. Like The Monkees, the series plays off the natural camaraderie of Isaak, Johnson, and fellow band members Rowland Salley and Hershel Yatovitz. As with HBO's The Larry Sanders Show, the on-and-offstage life of performers is the concept. The show has been as big a hit as "Wicked Game," and Johnson, who admits to being "a hambone," adds a new credential to his résumé: TV star. It's been a most unexpected facet to a jewel of a career.

"Chris and I go through the scripts every week and try to put in our own jokes. A lot of that stuff is based on things that have happened over the years. All the toilet humor is ours. All the poignant stuff is the writers'.

"We shoot it in Vancouver, Monday through Friday. It takes eight days to do an episode. On a typical day, I go to the trailer with lines memorized, hopefully. I put on the clothes selected for me and get my hair and make-up done. Then I go over the lines with the director and they block the scene. Then they light it. That takes for-freakin'-ever. Then we shoot it! After that, it's either the next scene or go home.

"I'm a lot funnier and easier to be around on the TV show," jokes Johnson about the challenge of playing himself. "They write you nicer than reality."

The hit cable series is also shown in Australia, New Zealand, and Canada, offering international fame. Isaak and Silvertone recorded the show's theme, "American Boy," for their latest album, Always Got Tonight. Now that art is imitating life, is that going to change the way audiences perceive the music? Kenney Dale Johnson has a simple answer.