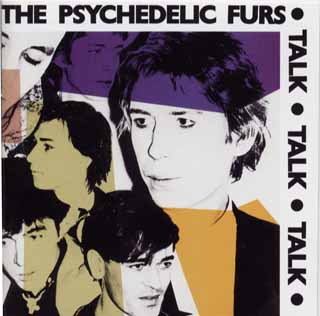 Forever Now (Columbia/Legacy) For a band whose sound was distinctive but not innovative, the Psychedelic Furs' music had impressive depth. Their self-titled 1980 debut remains a glorious salute to New Wave at its best, 10 crushing, throbbing, thundering songs of the era. Aside from the annoyance of having the original track order juggled, the addition of bonus tracks such as "Mack the Knife" are potent reminders that innovation is not the end-all and be-all of rock & roll. With lush, slightly ominous production numbers such as "India" and "We Love You," the London sixpiece proved that a signature sound -- in this case singer Richard Butler's gravelly monotone -- was well worth cultivating. What's best about these reissues is the renewed appreciation for rough gems like the beautifully evocative "Imitation of Christ" and the all-together-now sing-along "Fall." Talk Talk Talk, from '81, polished their sound with dance-floor spectaculars, but the Furs were clearly headed toward a more commercial sound like "Pretty In Pink," which inspired the film of the same name. By the time Forever Now came out in '82, the Furs had shrugged off two members, stripping the band down to a fourpiece. It didn't hurt their popularity, as "President Gas" and the MTV hit "Love My Way" ably demonstrated, but their sound lost some of its fullness. Still, the third album shook the band out of its dark origin and placed them squarely in the limelight, where they thrived until about 1991. Restored with the original UK-issued cover art, the romantic melancholy of the Psychedelic Furs is displayed in gorgeous clarity in these reissues. Steve Lillywhite's production of the first two albums contrasts nicely with the Todd Rundgren-produced third, and bonus tracks abound. The Furs' heyday was long past when they split up by the early Nineties, but this trio of LPs capture their dreamy dance-rock at its best.