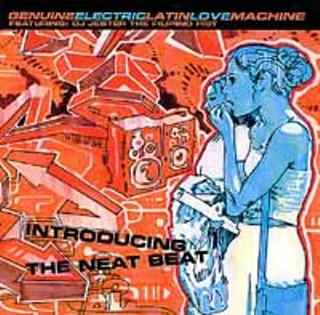 Mics are no longer safe in Texas. Like when you forget to take off the face of your car stereo, they will get snatched. MCs are hungry, so give up the big burrito if you're not gonna eat it, and in the immortal Wu Tang wisdom, "Protect Your Neck." Traygod Shekhem is fully aware of the local mic shortage, and as a veteran Hip Hop Humpday freestylist, he anticipates that "the whole world wants mic time," but he ain't letting go without a fight. He's equipped with the stern guidelines of the 7 Link Circle (Wind Scrolls), a well-timed jump on all "unwise" MCs. Preparation is wise, because brewing in the backfield is ATX's Circular Records, recruiting and training an onslaught of MCs on the Grey Market Tactiks comp. Top Officers DOS and Emcee are a bad cop/good cop team, respectively, that's as ferocious as calculated. On Get Low, DOS wants you to just move, not back and forth, but out his way. As a matter of fact, don't look at or question him, just give up what he wants, when he wants it. Known as Dirk Niggler to the ladies and Doszastro to the fellas, DOS provides the grimy, rough-around-the-edges strong-arm that you may not want as friend, but that you definitely don't want as an enemy. With emotion consuming DOS, snatching the mic is getting off easy. And as things get fast, Emcee remains calm. The smooth local southpaw, with good footwork, utilizes jabs in short bursts to give him longevity in a fight against drum 'n' bass break spells that, without him, can numb the mind and drown the heart. 2 Sheets 1/3 Freedom's heavy production of reality leaves Emcee to translate in a deliberately foreign world. A blue world, a red world, and now a Purple World (Wreckshop/Priority), as in the City of Syrup, Houston, which is where ya'll find the gentle giant Big Moe leaning against something pineapple, watermelon, or strawberry. Crush? As for the city itself, that crumbled long ago with the passing of DJ Screw, and what's left behind is a populace self-medicated on Purple Stuff and susceptible to anyone choosing to snatch up the mic. Now turn the page. Here we zoom toward a future where aggression has ended, and the reign of the MC has returned back to the producers, mics optional. Even romantic messages are as easy as hitting a button, and the Genuine Electric Latin Love Machine is all the craze. A trio of producers, DJ Jester, Quad Rod, and Smarty have developed a colossal collection of collages that supply rhythm as well as verbal verbosity, through samples, to any square situation. Introducing the Neat Beat (Compulsive) is a safe alternative to the party-goer, who fears the quite common case of mic thievery. It's a modified Nintendo's R.O.B. the Robot meets Technics 1200, batteries not included. No assembly required! "Cause there's no room in your life for bad MCs."