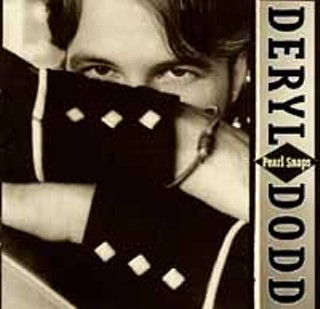 Pearl Snaps (Lucky Dog) Here's a breath of fresh air: a modern mainstream country guy who actually sounds like he's up on his George Jones and Merle Haggard, and has a healthy respect for the music that came before. Dodd's voice is good, but nothing spectacular in its range or timbre; then again, there are no acting-school Southern inflections, no chicks-dig-me posturing, no gratuitous references to Texas, and no overheated proclamations of love, manhood, or patriotism. Good Texan Dodd came back from a debilitating bout with encephalitis, an experience that would bring humility to anyone. His songs sound more genuine than 90% of what comes from Nashville, and even the production is understated, with none of the gloss and bombast that blares from country radio. At times, his songwriting veers toward country-easy-listening, but his title track is a beer-guzzling two-stepper, while "Honky Tonk Champagne" is an uptempo delight, and "She'll Have You Back" is a traditional weeper recorded live by old-time country honcho Billy Sherrill. A ramrod cover of Gordon Lightfoot's "Sundown" is offset by a version of Tom T. Hall's obscure "That's How I Got to Memphis." With all the faceless pretty boys and post-Garth hat acts out there, this is exactly what the doctor ordered: the unreconstructed, unpretentious, unassuming Deryl Dodd.