The 31st Kerrville Folk Festival begins this Memorial Day weekend. A world-famous celebration of the song and songwriters, it takes place over 18 days, May 23-June 9, at the Quiet Valley Ranch, which is actually nine miles south of Kerrville. This year's festival will showcase 88 singer-songwriters from 22 states, Canada, and Australia, and includes 11 six-hour evening concerts, seven two-hour sundown concerts, six children's concerts, songs-sharing sessions at the Ballad Tree, and Folk Song Services at Chapel Hill.

There will also be organized bike rides through the Hill Country, canoe trips, business and songwriting workshops, the renowned New Folk Competition for up-and-coming songwriters, and of course, the sharing of songs around the campfires. Since its start in 1972, more than 1,500 singer-songwriters have performed at Kerrville. Each year, more than 30,000 people attend the event, which has turned into a family affair of music and camping.

We talked to the festival's producer and founder Rod Kennedy, who is expected to announce his retirement from the event today, as well as to some of this year's performers, to try and catch a glimpse of what has made Kerrville such a special place, one that has people returning year after year, even though the accommodations are spartan and the weather can be less than hospitable.

Oversees the entire festival, is the master of ceremonies on the main stage, and even lives on the ranch. He's excited about this year's event for several reasons: "Well there's some bluegrass this year that we haven't had in a long time. Goose Creek Symphony is returning. I think their songs are great, and they're goodtime music to boot. I feel lucky to get them.

"One of the things that Easterners say about the Festival is that it's all dance music. I think the Gourds, who are making their first appearance, are definitely a band to dance to. We've got a dance pit on the side of the stage, and I suspect that's going to be a lively spot.

"Then there's the workshops, which now sell out. The songwriters' workshops have been going more than 20 years. The business workshops have been going six years. They've become more popular as the word gets out about them, especially the booking and management part of it. There's a huge demand in the acoustic market for people who can either book and/or manage. A lot of people starting out don't know the difference between the two jobs.

"My feeling is that, as far as the art form of the American songwriter, this is one of the important things: to civilize, re-humanize America one song at a time, by sharing the frustrations, hopes, stories, feelings that are not being shared. People are isolated from each other by technology. I can't imagine a greater lifestyle than the one I have right now.

"There's going to be a time very soon, when I need to retire. There are things I want to do, but I can't because this is so time-consuming. There are other opportunities for me that at 72 years old that would be fun."

Austin's top-notch singer-songwriter Slaid Cleaves talks about winning the New Folk Competition in 1992: "I had just moved to Austin and was starting on the bottom rung of the ladder, playing Sixth Street -- and I mean on the street. It was going really slow. But I entered the New Folk competition at Kerrville and actually won. So that was a great validation for me. I spent a week there and met a whole bunch of lifelong friends. It was the first festival that embraced me, so I really have a soft spot in my heart for Kerrville. If it wasn't for Kerrville, I might have given up and gone back to Maine."

Stacey Earle, who is Steve Earle's sister and now plays in a duo with Mark Stuart, speaks about her experiences at the Folk Festival: "We played there two years ago, and it was great. Kerrville for me and Mark was something that we had to do, but especially me since I was raised in Texas. It was great because whenever we play Texas, I get to see a lot of family too. There was a lot of get-my-cake-and-eat-it-too for me. It's almost like a family reunion. We don't get down to Texas too much.

"I was at the festival when I was very little. I remember running around with flowers on my head. I was a little flower child. I was always aware of Kerrville, because of Steve and the people he ran with, all the singer-songwriters. When we finally did get to play, it was like a homecoming, and it was great to be able to say that we did it, 'We played Kerrville.'

"This time, we're there for the whole shebang. We're flying in from Europe the night before, so I expect we'll be jet-lagged, but we plan on bringing our marshmallows to the campfires this time."

The Austin Lounge Lizards frontman is a Kerrville veteran: 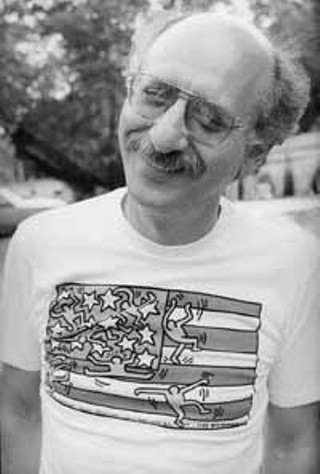 Peter Yarrow, mid-Nineties (Photo By John Carrico)
"We've played there every year but one since 1982. I have a theory that an awful lot of people that go there got good at something. They are successful, but the notion of getting away from a telephone for a week is an ideal they aspire to. For a lot of people, it's just getting away from it all. You have to line up to use a pay phone there -- cell phones are useless.

"Of course there's the music too, but it's a lot more than that for some people, those that never go up to the stage area. It's about as hometown a crowd as there is for us. We rarely play to 6,000 people in Austin. It's as good a gig as we play.

"I think the unique thing about Kerrville, as opposed to other festivals, is that it's so songwriter-oriented. There's an appreciation for songwriters that's unique in festival-dom. It's a celebration of songwriters -- the apex of that."

One of Central Texas' favorite singer-songwriters, Terri Hendrix, has some interesting insight on what makes Kerrville, at least from the performer's perspective, unlike any other festival: "It was a dream to play the Kerrville Folk Festival. I think any songwriter in Texas wants to play that folk festival. I remember being there and looking at the stage and just wishing.

"One good thing about the festival is that it's a good place for songwriters to share information. Camaraderie is what makes it special. You've got generation after generation there. There's a feeling out there that you are getting away. I know people with full-time jobs that take off the three weeks of the festival as vacation; they travel from all over the country and all of a sudden they're hillbillies with guitars.

"When I played Kerrville in 2000, there was something that I can't put my finger on, but it was a beauty. The response was so overwhelming. I remember thinking at the time, 'This is what it's all about.' The stage isn't too high and the seats are close enough. If I can't see people's eyeballs, I know I'm going to have a hard time communicating. I think the stage is set up there for communication through music which adds to its success."

Peter Yarrow, activist, folksinger, and member of Peter, Paul & Mary, has been involved with the Festival since its beginnings: "Can you imagine being involved with something that you believe in and seeing it last for 31 years? And it's become ever more important as a bastion of taste and caring and spirit and acknowledgement of new talent. It really is unique. People that go there notice a different mood from other places, and one of the reasons is that it's not just about fame and money and talent. It's about nurturing and togetherness; hopes and dreams being articulated.

"I go as much for the spirit of it and the rejuvenation of it, as for myself and everybody else. These are my children. I've been there for every year but one. I've organized benefits for it. It's a passionate piece of my life. It's about finding a language of mutual giving and recognition. And nowhere else have I found that more powerfully than I have found it at Kerrville."

Silken, elegant local singer-songwriter Eliza Gilkyson has performed at Kerrville a dozen times: "The first time was 1976. They were the first people to bring me to Texas. I think the whole tribe has evolved, like a family has evolved. I'm always impressed, every year, by the faces that are the same. It's a place where time stands still. You come in there with all your hustle bustle road vibe, and then this wave washes over you and you're in this whole other zone. The worst thing you can do is just go in, play, and leave, because then you don't get any of the benefits.

"If you stay for a while, your pace slows down and you have the 'Kerrville experience.' There's a sort of carryover from the cowboy hippie years that people are proud to wear as a badge. There's this continuity of tribal goodwill that escapes the cynicism and intellectualizing that happens in music.

"The most memorable time I played there was the time I said 'fuck' onstage and I wasn't asked back for seven years. I let fly with a four letter expletive, and it took them a while to recover."

Ray Wylie Hubbard played the first Kerrville Folk Festival in 1972: "I played the first 12. Then I didn't play for, like, eight years. Then in '89 or '90, it was a treat to get back there. It has changed a great deal, but the feeling is still the same. It's like an extended family in a way. When you're playing, it's like the audience becomes a band member. They are such a part of it, that there's no separation like there is at a lot of gigs. Kerrville raises the bar. You can't be crappy and play there, because of the level of songwriters there. People aspire to that level and that's a good thing to have."

Sara Hickman recounts the time she performed at Kerrville while very pregnant, one of the most incredible performances this writer has ever experienced: "Rod was on the side of the stage having a heart attack thinking that I was going into labor at any moment. You cannot know how amazing it is to have a person inside you thumping away, while you're kicking ass. I really felt so euphoric, I felt I like I could have flown off that stage.

"I have to say camping out in Kerrville, when you're pregnant, is not a good idea, though. It was too distracting for me. But the other times it's been really groovy. It's fun to walk around and find a campfire where people are trying new things. It can be so magical. You wish the whole world would be that way. You wish the Israelis and Palestinians could get together and say, 'Let's have a Kerrville!' You feel a wonder and awe. It's like marshmallow love, all sweet and gooey and good and fun. I go there and wonder, 'Why isn't it like this all the time?'"