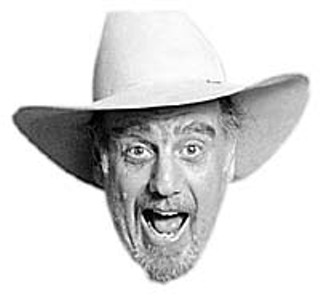 In what can only be seen as an attempt to win some sort of award for irony given all that's gone down with the new noise ordinance, Mayor Gus Garcia and KLRU-TV's CEO Mary Beth Rogers held a press conference in sunny Zilker Park on Tuesday morning to announce, of all things, a new outdoor music festival to debut in September. The Austin City Limits Music Festival is being touted as a two-day affair to be held September 28-29, with "music performances, arts exhibits, food tastings by area restaurants, and children's areas." In a press release regarding the ACLMF, City Council Member Will Wynn, who started this whole noise ordinance thing in the first place, says he's "excited about bringing the legendary show to Zilker Park," and that he's "personally planning to be in the front row in September, if I can get a ticket." Now there's a man with a degree of confidence that lives up to his name. Anyhow, the Fest is expected to feature both national and local acts of the types seen on the ACL TV shows -- rock, country, blues, folk, jazz, and the like -- but no names have been announced. Actually, the press conference's emcee, Ray Benson, assured those present that Asleep at the Wheel would perform, but organizers say that since the lineup won't be decided until midsummer, they don't know if he was just speaking off the cuff or if he knows something they don't.