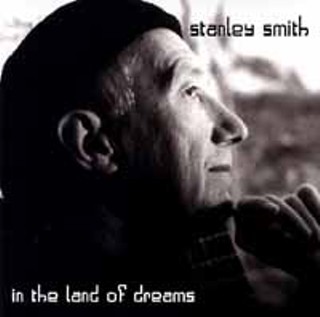 In the Land of Dreams (Spanks A Lot)

Locals may know Stanley Smith from his work as a clarinet player for the Asylum Street Spankers and the Jazz Pharaohs. He's also served as a sideman with Terry Allen, Terri Hendrix, Santiago Jimenez Jr., and worked on the soundtrack to Richard Linklater's The Newton Boys. Knowing all that still won't prepare you for the unassuming, cool vibe of In the Land of Dreams. Although his clarinet makes a couple of brief appearances on the disc, what stands out are Smith's remarkably simple songs and his deft, unpretentious way of putting them across. In this sense, The Land Of Dreams is aptly titled, since listening to it evokes a hazy state of mind. It's a journey through several musical styles, from bossa nova to blues, performed with a feeling that's simultaneously restrained and stimulating. One can find parallels to Smith's sound in the early work of Tom Waits, for its laid-back hipster vibe, and the raspy understated vocals of J.J. Cale. Those two artists are working different territory when it comes to tone, while Smith evokes a lazy mood, one of life just casually drifting by on a hot summer day. Along with producer Stephen Doster, Smith has also enlisted some of Austin's best players here, including Dave Biller, Jeremy Wakefield, Ephraim Owens, Rich Brotherton, Tony Campise, and Chris Searles. Together, they've created an offbeat disc that's as lovely as it is intriguing.