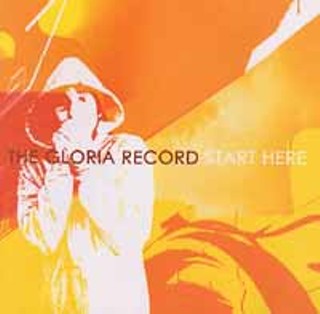 Start Here (Arena Rock Recording Co.) There are still a lot of grousing Mineral fans out there, holding on to the memory of Austin's Nineties emo kings and their fuzz-bomb laments, hoping for more of the same out of the Gloria Record. Fat chance. It's been five years since frontman Chris Simpson and bassist Jeremy Gomez left Mineral and formed the Gloria Record, and by now, the two bands have little in common. On the heels of 2000's fine A Lull in Traffic EP, Start Here is debatable advice. It is, however, an astonishing progression, the tastiest mood-pop album this side of Sunny Day Real Estate's How It Feels to Be Something On. Simpson has a lot of Jeremy Enigk in him, his occasional falsetto rising out of a thick, evocative brew to dramatic effect. From the opening tazer burst of Ben Houtman's keyboard, Start Here is a tasty symphony for a rainy day, with Houtman's omnipresent sound bank providing an absorbing backbone. For the most part, TGR and distinguished producer Mike Mogis (Bright Eyes, Lullaby for the Working Class, Desaparecidos) have opted for a democratic distribution of ingredients. Only on the riveting "Cinema Air" and the fleshed-out acoustic confessional "I Was Born in Omaha" does Simpson's voice stay out front. Even the rollicking "Good Morning, Providence" has Brian Hubbard's drums colliding with Simpson the entire way through. The end result is a warm grower of an album, stacked to the gills with nuances that pay back repeat listens in a big way.