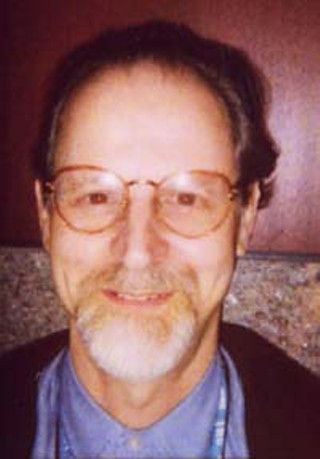 Why He's Important: As a producer and engineer, Kramer played a role in some of the most important albums of all time, from all four Jimi Hendrix albums and the Rolling Stones' Beggars' Banquet to Frampton Comes Alive! and Kiss' Alive. Not only did he build Hendrix's legendary Electric Ladyland studios, he also enjoyed long relationships with Led Zeppelin (Led Zeppelin II and Physical Graffiti), Traffic, the Small Faces, and Santana. Kramer still produces today and oversees each of the Hendrix family's releases. Through April 22, Austin's Wild About Music (721 Congress) will host an exhibit of his recording session photographs titled "From the Other Side of the Glass."

On His Photography: "I picked up a camera for 10 pounds very early in 1967. I liked taking pictures of people. I was working at Olympic Studios in London, and we had such a variety; in the morning, we'd have a 60-piece orchestra, a jazz group in the afternoon, and the Rolling Stones in the evening. It was my hobby. It had nothing to do with documentation or history. I was just enjoying myself. Did I have any concept people would like them 30-odd years later? No. I had no bloody clue. I was lucky to be in the right place at the right time. It's a little window into the way artists work. I had a great vantage point -- really up-close and personal. My main priority and focus was to make the record, but I developed a technique where I had the camera sitting next to me on the console and with my right hand I could click and get back to work without dropping a beat. They're casual and of the moment."

On the Hendrix Photos: "He was incredibly photogenic and dressed flamboyantly to the nines every day. And what a presence -- the guy walked into the room and it lit up. That you were in the presence of a great genius was a given. If you look at some of the panels where he's writing, you can see his brain ticking 1,000 miles an hour while he's writing the final lyrics to 'Gypsy Eyes.' That's a classic moment. It's a piece of history. He's relaxing, smoking a joint and a cigarette. And when he's onstage, you can see the change in persona, the Jekyll and Hyde. Onstage, he's almost like an animal -- panther-like. And in the studio, he's like, 'Yeah man, everything's cool. Everything's beautiful.' But he was never messed up in the studio. Aside from the occasional joint, he was straight in the studio."

On Production 2002: "I love analog and a well-prepared band. Now the joke is, 'That sucks. We'll fix it in ProTools.' Where's the reality in that? There's a distinct vibe of four guys interacting with each other and their mistakes. Don't take the mistakes out. If you listen to any great historical piece of rock & roll -- from Elvis to the Beatles or Jimi Hendrix and Led Zeppelin -- there's mistakes everywhere. The mistakes are defining moments, and they capitalized on them. Jimmy Page and Hendrix were masters at taking a mistake and turning it into something great."