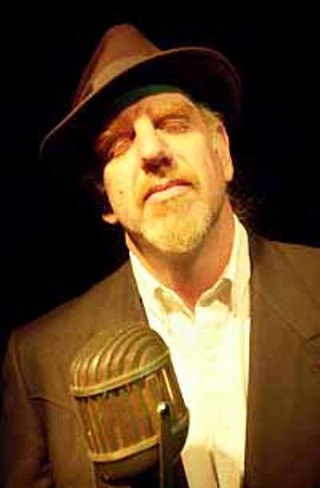 More than 20 years later, even the possibility seems completely incongruous and undeniably surreal. The Sex Pistols?

"When the Sex Pistols came on their tour, they asked us to open up for them at Randy's Rodeo," remembers Ray Benson, iconic mastermind behind Austin dancehall denizens Asleep at the Wheel. "I'd heard all the press and I said, 'No fucking way. I don't want to have beer cans thrown at me onstage, because I've been there.' It was a fucking circus. I had no desire to have beer cans thrown at me by kids who didn't understand what I was doing.

"And I wasn't old. I was 25. Maybe it would be cool to say to you now, 'Hey, I opened for the Sex Pistols,' but I didn't need that. I've got plenty of places in history."

About that last assertion, there's little room for debate. Benson sits at the precipice of his fourth decade proselytizing the virtues of Western swing. With over three million miles logged on his tour bus and thousands upon thousands of gigs played, Asleep at the Wheel has almost a score of albums to its credit while amassing a shelf-full of Grammys. Sure, the Starland Vocal Band and Hillary Clinton both have Grammys, but Benson et al. have nine. There's nothing fluky about having nine Grammys.

As an apostle of Bob Wills and an ambassador of his music, Benson is both a fixture in and definitive of Austin. Every bit of his six-foot-seven-inch frame oozes Texan. So much so, in fact, it's hard to fathom that he isn't one. Worse, he was born and raised in Philadelphia, which means he's a Yankee. And no, he didn't get here as fast as he could either.

After attending Antioch College in Yellow Springs, Ohio, for "about a minute," Benson ended up in West Virginia, where he stayed on the farm of a friend's father and started a band that gigged locally in honky-tonks.

One day, three busloads of hippies came through town after hearing that one of their kind had a band there. Turns out the buses were from the Hog Farm (of Wavy Gravy fame), on their way to D.C. for a show. They recruited Benson, who obliged, and was soon sharing bills with Hot Tuna and Alice Cooper despite the fact that he didn't even have a real band. His brother had come along, and he hired a bass player in Washington.

They continued playing clubs in the capital city until Benson's friend, George "Commander Cody" Frayne, invited him out to California. Benson accepted, anticipating a six-week stay, and ended up staying on the Left Coast for the better part of three years. It was in California that Benson met Doug Sahm and Willie Nelson.

"They just loved us," recalls Benson. "They said, 'You ought to be in Texas,' and we went, 'Oh really?' So I asked Willie, 'Do you think we could really play there?' And this isn't an exact quote, but he said something like, 'If you can play "Fraulein" and "Under the Double Eagle" you can work all week.'"

With the ever omniscient power of hindsight, Benson's skepticism about the ability to turn his love of Bob Wills into a steady paycheck on Wills' home turf seems utterly ludicrous, but for a couple of plausible reasons he couldn't just move to Texas. First, as Benson explains it, he didn't exactly have the right pedigree.

"I'm a Jewish kid from Philadelphia, what the fuck am I doing playing Western swing?"

Second, this was the early Seventies and it probably goes without saying that things were a little different back then.

"It's hard describing to folks what it was like in 1970-'71 when you had long hair," explains Benson. "If you went to the Broken Spoke, you got your hair cut and you got beat up."

Moreover, Benson was in the doubly strange position of looking like a member of the counterculture, while playing redneck music.

"It was a very political thing," he notes. "Here we were, hair down to here. I was a hippie, or at least some kind of a hippie. And it was politically incorrect to play Merle Haggard songs, because 'Okie From Muskogee' was a No. 1 record and it was a redneck anthem. Even when it came to Austin in '73-'74, it was still the same thing. People didn't understand. We were booed off stage. We were up there playing Buck Owens and it was, 'Rock & Roll!!!' -- that's what they'd scream at us from the audience."

As "some kind of hippie," one would think that Austin circa 1973 was Nirvana on the Colorado for Benson & Co. when they relocated here that year. The Nitty Gritty Dirt Band had recorded Michael Murphy's "(I Wanna Be a) Cosmic Cowboy" the previous year, while local radio outlet KOKE-FM soon became the flagship station for what was being termed "progressive county." Austin soon found itself the epicenter of the whole Cosmic Cowboy movement -- this hybrid of redneck and country -- and the Armadillo was already the Armadillo.

While Benson admits to being welcomed to the River City, he wasn't particularly fond of the Cosmic Cowboy thing.

"I hated the whole Cosmic Cowboy thing," he asserts. "People always asked, 'What are you?' I always said, 'We're regressive country. We're going back. We don't like this stuff.' We were anti-everything. But in terms of lifestyle, we were part of the whole deal. And that was drugs, whatever. It was that lifestyle."

The reason he was less than thrilled about the whole Cosmic Cowboy movement was simple: He was as steeped in blues and jazz as he was in Western swing. Benson idolized Buddy Guy, Muddy Waters, and B.B. King every bit as much as Hank Williams.

"I lived that stuff," swears Benson. "I couldn't understand this wimpy-ass watered down country music. To me, the Burrito Brothers, Michael Murphy, etc. were not what I wanted to be. I wanted to be Buck Owens with Charlie Parker in his band. I wanted to be eclectic."

It might have taken the better part of 25 years, but Benson has become exactly what he wanted. In addition to recording some 17-odd Asleep at the Wheel albums, Benson has produced a broad range of artists, from Willie Nelson and Garth Brooks to Aaron Neville and Bruce Hornsby. After a month and a half on the road with Bob Dylan, he left immediately for three months with George Strait. He helped both the Fabulous Thunderbirds and Wayne Hancock get their first record deals. And soon, just shy of 52, Benson breaks ground on a new venture -- his first solo album.

"I could do a jazz album tomorrow," he says straight. "The problem with doing a jazz album is that I then have to go out and support it, and I don't think I can do that. So, to do this album of Ray Benson material, it's going to be wildly eclectic, but I also want it to be something that I can do on stage and feel comfortable with. And that's what eclecticism is for me -- I feel comfortable with it. If it were all just jazz for an hour and a half, I would feel uncomfortable in being able to pull it off."

As interesting as the prospect of a Ray Benson solo jazz album are the circumstances that brought the deal about in the first place -- namely a phone call from Freddie Fletcher. An old friend of Benson's who runs Arlyn and Pedernales Studios, Fletcher contacted Benson to see if he'd be interested in cutting a tune for a Townes Van Zandt tribute album. Benson was flattered, knowing he's not one of the usual suspect for this type of project.

Not only did Benson's choice, "If I Needed You," wind up being one of the strongest cuts on Poet: A Tribute to Townes Van Zandt, for Asleep at the Wheel fans to hear it, you'd never know it was Benson. Plenty of people have told him as much -- that they had to look at the liner notes to see who was singing.

"Of course to me, it sounded like me," chuckles Benson. "But everybody said that. Everybody said, 'Wow, I didn't know you could ...' I guess I did my job too well. I wanted to be this Ernest Tubb, Bob Wills, Hank Williams guy and it worked. But then I started finding out, people don't know I can do all of this."

The other major impetus behind Benson's solo album is his divorce. Breaking up a union of 20 years is no small feat, especially when there are children involved, in this case two. While Benson says the divorce has been amicable, it's also "been hell." It's also forced him to look inside himself in a way nothing else ever had before.

"You live with a person and you delegate a lot of part of your life and your personality to that person. And when that ended, I had to take all that on to myself. And what I did by turning inward was find out stuff about myself. I guess that has a lot to do with going solo. The pain of a break-up, I've had a lot of that."

The feeling of having pigeonholed himself too tightly coupled with this newfound introspection had Benson sitting in his office asking himself if he could indeed pull off a solo album. And literally, as he was sitting there telling himself it was probably doable, the phone rang. It was a record executive from Nashville asking Benson if he'd ever thought of doing a solo project. Synchronicity, anyone?

That his soon-to-be-started solo album also sits more or less at the cusp of another decade was nothing conscious. Moreover, it's only in the last few years that Benson has been impressed by what he's accomplished.

"I put it into a historical context because that's the way I've been able to understand what I've been doing," says Benson. "'What was Bob Wills doing 32 years into his career?'

"What if we had opened for the Sex Pistols? It never even enters into my mind. I do things for career purposes, sure, but I do want a full wide range of experiences and I don't give a damn what people think. We backed up Lee Greenwood last week. Do I like Lee Greenwood? No. Do I want to play 'God Bless the USA?' No. Is this doing anything for my image? No. Is it doing anything for my life experience? You bet."

That's probably the epitome of an uncool distinction. But it's a safe bet that people don't throw beer cans at the stage during Lee Greenwood shows. n