'Poet,' the Little Tribute that Could 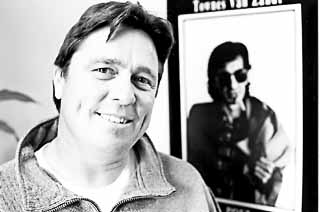 Poet: A Tribute to Townes Van Zandt opens with Guy Clark's version of "To Live's to Fly," a 29-year-old song with at least two prophetic lines: "It's goodbye to all my friends, it's time to go again. Think on all the poetry and the pickin' down the line."

If it seems all too likely an entrance point for an album celebrating the late, great songwriter (or a story celebrating the album) maybe it is; a press release for Poet also begins by quoting the song and then quickly dismissing it as "too easy, too obvious" of a handle. Meanwhile, a recent review of the otherwise universally lauded set suggested a different reason another song might have been better choice: Clark already cut the song for his 1989 album, Old Friends.

"That's bullshit," says Clark. "He's wrong. 'To Live's to Fly' is one of the best songs I've ever heard in my life. The more people that hear it, the better."

If Clark seems passionate about Poet, it's because he is. As one of Van Zandt's closest friends, he saw firsthand how the Ft. Worth-born singer-songwriter's critical acclaim never translated into mainstream success. Clark's equally forthright in addressing last month's news that Poet had been nominated for two Grammy Awards this year: Best Contemporary Folk Album and Best Male Country Vocal Performance for Willie Nelson's contribution to Poet, the heartbreaking "Marie."

However unlikely it is that a tribute to a relatively obscure songwriter on a tiny Austin-based indie could win, Clark finds nothing amusing about the Grammys helping Van Zandt live up to his own prediction that he'd be more popular in death than life.

"A Grammy win would be neither ironic nor funny," grouses Clark. "It would be about fucking time."

Almost two years ago, Poet producer Freddy Fletcher wasn't thinking about Grammy victories. Fletcher owns Pedernales Studios and in the facility's dining room -- just a room away from where Van Zandt recorded some of his final sessions -- a black and white poster is taped to the wall. Along with what's said to be Van Zandt's favorite picture of himself is a simple inscription: "Poet 1944-1997."

"It flashed on me while drinking coffee and looking at a poster I'd seen 1,000 times that it would be cool to have Townes' friends do Townes' songs," explains Fletcher.

After calling both Clark and Van Zandt's widow Jeanene for their blessing, Fletcher began to tap dance through a formidable collection of legal and logistical minefields. Van Zandt's songs are maintained by two different publishers, and each artist had at least one manager and label that needed to sign off on any Poet session. And yet, making a list of possible participants was easy; Van Zandt spent much of his career surrounded by a Who's Who of songwriter's songwriters.

Before long, Clark, Nelson, Emmylou Harris, John Prine, Lucinda Williams, the Flatlanders, Robert Earl Keen, the Cowboy Junkies, and Steve Earle signed on, each promising to record new tracks. Fletcher says only two artists from his original wish list had conflicts that kept them from participating: Lyle Lovett and Bob Dylan. In fact, Fletcher had hoped the latter would try his hand at Van Zandt's "Sanitarium Blues." If the lineup wasn't encouragement enough, the "sign" he received June 2001 was.

"We had two pretty serious fires at the studio," says Fletcher of the effects of a faulty cut-off box in the studio's air conditioning system. "That little dining room was hard-hit. Shit was a mess. But the poster was right where it had been -- that one little corner looked virtually untouched. After all the gutting, it somehow survived."

Whether or not you consider the poster's survival as supernatural evidence of a famously restless spirit, Poet is hardly your ordinary tribute album. For starters, it's an A-list cast for an independently released album. Pedernales is a joint venture between Nelson and Fletcher; wherever Fletcher is at any given moment is the label's office. Because he was his own boss on the project, Fletcher says not one of Poet's participants was on the roster to bolster sales. Each act considered themselves the flattered halves of mutual admiration societies with Van Zandt. 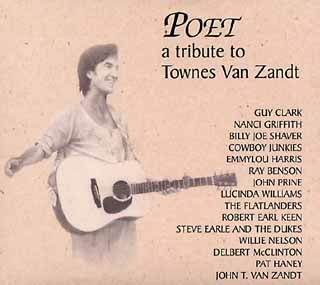 "He would have been super proud," says John T. Van Zandt, the songwriter's son and a contributor to Poet. "He was really modest, although I think he knew already that a lot of these artists were beyond impressed with his ability to write songs. At some point, it started denting his modesty enough for him to understand he had a gift for it.

"I think you can also hear on the album that everyone involved -- perhaps even more so than with their own music -- brought to the sessions a need to do his music justice. I think everyone was walking on their own eggshells."

Poet's magic lies in its song selection and performances. Fletcher gave each artists cart blanche to choose their material. However accidental, the results demonstrate Van Zandt's range; from the funky wordplay of Robert Earl Keen's "Mr. Mudd and Mr. Gold" to the inspirational balladry of "If I Needed You," rendered by Asleep at the Wheel's Ray Benson.

"I met Townes when I was 16 in Philadelphia, 1967," says Benson. "He was a bright-eyed young fella back then. When it came time to do the project, everybody picked the most esoteric song they could find. I was going through a very emotional time in my life, because I was going through a divorce, and 'If I Needed You' tapped directly into those emotions.

"Everyone's told me that they hear the song and then have to look at the credits to see who it is. I guess I've done my job too well pigeonholing myself as a Western swing singer. One of the outcomes of doing the song is that I'm now gonna do a solo album. I've been approached by a couple different labels. So the cut has been 'Berry, berry good to me.' It's given me a new perspective on myself."

Thanks to Fletcher's encouraging each artist to consider only their track, not what everyone else was doing or its place in the collection, nobody wound up volunteering Van Zandt's signature song, "Pancho & Lefty," although Benson's first impulse was cutting the song as a duet with Dale Watson. Fletcher acknowledges that it might have been ironic to leave it off, but in the end, Delbert McClinton was asked to work up a version in part because John T. Van Zandt believed its inclusion could only help sell Poet and expose the album as a whole.

"Delbert's version wound up really cool," enthuses J.T. "I really think Townes would have been proud of all the choices. He would have been thrilled knowing Emmylou chose 'Snake Song.' I think he might have thought it was an overlooked exercise in poetry, time, or phrasing. It would have honored him that she considers it a favorite."

It's no stretch to imagine that Van Zandt would have also been honored by the Grammy nomination for Willie Nelson's stunning take on "Marie." In a New York Times review of the album, Anthony Decurtis, who recently had Nelson describe the song as perhaps the saddest he's ever heard, wrote, "Mr. Nelson pares down 'Marie,' the saga of a couple's grim descent into homelessness, until he hits bone. Then he cuts deeper."

"I've seen Townes play that song 100,000 times in front of people who refused to tap into the song enough to get the message," observes Van Zandt. "If you don't listen intently from the beginning, you're not on the storyline. Having Willie do it forces people to listen. And when you do, it's, 'Oh fuck, nobody talks about shit like this these days.'"

So much of Poet trades in similarly complex narratives that it's earned little in the way of radio play. Fletcher believes the bulk of Poet's modest, but surprising sales have been driven by Van Zandt's small, but loyal, fanbase, glowing press, and word-of-mouth. While the CD moves into a second pressing this month, Fletcher says Poet is still a long way from making anything resembling serious money.

"Anybody that gets in this business to get rich has a screw loose," laughs Fletcher. "But if you're going to try do things that count, this is the kind of project you have to do.

"It's about awareness, not money. A lot of people don't have any idea who Townes is, and they need to know. They need to hear one of the greatest."

Both Guy Clark and John T. Van Zandt agree that Poet's greatest accomplishment is that it succeeds on the merits of the songs and the performances, not on the Behind the Music-style drama of Van Zandt's life. While admitting there's obviously an inextricable link between Townes' life and songs, his son J.T. says he's proud that Poet's glowing press and Grammy nods had nothing to do with his father's bouts with alcoholism, gambling, and depression.

"The drunken stories are irrelevant to the music," stresses Van Zandt. "For newcomers, this album removes him from that perspective completely. The only picture they're left with is a batch of great songs and the respect these great artists had for him."