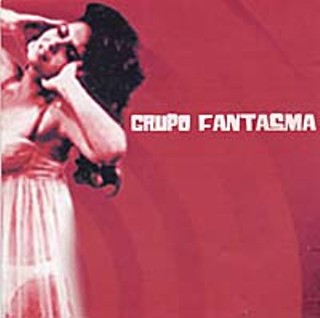 Grupo Fantasma's energetic live show is given credence by "Lupita," the one live cut from the Austin collective's eponymous debut. The real proof of this Latin big band's melodic wave of power, however, is on their de facto signature tune, opener "Laredo," and its shortened, Nortec-seasoned closing reprise "Nuevo Laredo." Composed of Texan transplants and Laredo natives who've performed with the Blimp, Correo Aereo, Blue Noise Band, Hip Hop Humpday, Golden Arm Trio, Govinda, and Sun Vocina, this nine-piece ensemble features percussion, guitars, effects, horns, and electric bass. This hourish debut of mostly original songs are based on the cumbia rhythm, but like other local Latin big band La Tribu, Grupo Fantasma isn't afraid to follow a groove wherever it goes, be that jazz, dub, or funk. "Borracho" is a slinky number with jazz and funk influences, while "Los de Grupo" shows the fruits of subtle sonic R&D. The band's arranging talents manifest themselves in the multi-instrumental drop-note funk clave of "Tejanita," while "Cana Brava" is a churning, horn-y, Latin dance torrent. There's some sense-of-humor wadding that keeps this album from being more cohesive, but even this early in the year, Grupo Fantasma has a potential Top 10 2002 on their hands.