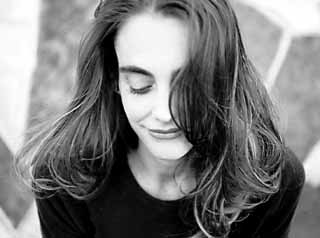 What a life it must be to exist as a member of Trail of Dead! Just as an example, at a recent Toronto show, a midget jumped onstage and was accidentally struck in the head by a stray bass. Trailer Neil Busch says that after the show when he saw the li'l fella backstage, the diminutive, profusely bleeding fan politely offered to share some crack cocaine with him. (Busch, head aswim with David Lynch imagery, declined the offer.) Later, when the band appeared in Brazil, the crowds had not heard the Trail's music, but were apparently aware of their reputation for chaos -- so the audience at their Sao Carlos gig took it upon themselves to promptly begin tearing apart the venue's P.A. Resistance by security guards to this concept brought things up to the level of a small riot, escalating to the point to where crazed clubgoers actually started hacking at the support beams holding up the stage! Expect the Trail guys' Interscope debut, now titled Source Tags and Codes, to hit stores Feb. 26. Unfortunately, Busch was unable to provide the Chronicle with any more quotes since at press time he was recovering from having some teeth removed by his dentist. Ah, what a pleasant, relaxing break that must have been for any member of that band!

Another name we haven't seen on this page for a while is that of Abra Moore, who's returning to the spotlight with a gig tonight, Thursday, at the Cactus Cafe, with Mark Morris from Dynamite Hack opening with a solo acoustic set. Moore's got much more to come as well, as she finishes tweaking the last couple of songs for her debut on Clive Davis' J Records label, home of Alicia Keys among others. "It's good for a fledgling label like J Records to already have four platinum artists," explains Moore & Morris manager George Couri, "particularly since they don't have anything like Abra!" Couri's hoping Davis and company will thus give Moore's album, due for a May release, enough push to make it their fifth zillion-seller. Meanwhile, the movie placement game is on, with Moore's "Triple In Love" on the Cruel Intentions soundtrack that's already moved 1.7 million units, and "Someone Else's Mess" set to be heard in the Elizabeth Hurley vehicle Servicing Sarah in August. That latter song is thus planned as the likely second single from Moore's new disc if that proves timely.

By very definition, you can't win a race against time, but Champ Hood tried his damnedest. As a result, there's a CD release this Sunday at the Continental Club for Bon Haven, Hood's first and only solo album, which he had been working on up until his passing in November. Between 5 and 9pm that evening, a host of friends and bandmates of the Austin legend, including David Halley, Mandy Marcier, Toni Price, and son of Champ Warren Hood will perform songs from the disc. Says the younger Hood, "There's no telling who else will jump up -- plenty of Austin's best will be there." Indeed, stalwarts such as Rich Brotherton, Scrappy Jud Newcomb, and Marcia Ball have already joined Warren onstage for recent posthumous tributes to his father's talents. Ball performs on the disc as well, as does Price, Hood's fellow Troubadors, and harpist Gary Primich. It's unfortunate that Hood wasn't able to get further into the recording process before his illness became too severe, as several of the songs had yet to have lyrics penned, and he only recorded "scat vocals," as his fellow musicians have been calling them. That's not "scat" as in "shoobie-doobie-doo," but more of a rough vocal melody guide Hood put on tape in hopes of replacing it later with the "real" lyrics. "I know he would have wanted to finish that," laments Warren, but it was not to be. Intact will be the love and camaraderie of Hood's friends and peers as they assemble to remember him via the music on Bon Haven.

"It always seemed like we broke up prematurely," says Bill Anderson of the Meat Purveyors, in light of the band having reunited last weekend for a show at the Hole in the Wall. The guitarist says they now have no intention of calling it quits again any time soon. "It was never a musical problem," he adds cautiously, "it was completely personal -- but time heals all wounds." The healed band already has a new album in the can and ready for an April release on Bloodshot Records. Along with numerous originals, expect the Purveyor treatment applied to songs by ABBA, Nick Lowe, Ratt, the Stanley Bothers, and a number from the soundtrack to Robert Altman's Nashville... A Swedish country music mag recently announced that Dale Watson told them he was retiring, but apparently that story had a bit of artificial Swedening to it, as Watson's road manager Donny Knutson says Dale is chugging along full steam ahead these days with no intention of slowing down. Knutson himself won't be along, as he's breaking up with Watson to join his girlfriend in Holland (maybe that's where they got their story mixed up?). Upcoming for Watson are his Live in London album, now set for release in a month or so, a track on a new Webb Pierce tribute album, continuance of his Little Longhorn gigs, and a tour of Europe commencing in April, which should take him to Holland in July -- where he should have a place to stay with some old friends... Strange teaming of the month has to be Ralph Nader, Molly Ivins, and Patti Smith, all of whom will be doing their things at the Democracy Rising/Green Party rally on January 26 at the Tony Burger Center. I'm not going unless they guarantee that the threesome will be performing their Seventies hit "Tie a Green Ribbon 'Round the Treaty Oak"... KGSR's Jody Denberg is still high off being declared Program Director of the Year in FMQB (Friday Morning Quarterback) and Album Network, both big industry magazines, but that's just the beginning. Besides being asked by Patti Smith to join her on air before her appearance at the rally, a week later he'll interview Billy Bragg in NYC (local lad Ian McLagan is once again integral to Bragg's upcoming disc), and then in February, he'll once again get to sit with current dance-floor hitmaker Yoko Ono at the Dakota. But Jody, do you get to hang with William Shatner like I'll be doing next week? Didn't think so!... I know you're sick of hearing about Bob Schneider's gigs, but hey, if you manage to attract Cheech Marin and Steve Buscemi (and our old pal Mike Judge) to your gig like he did last week, I'll gladly put you in here as well. Marin and Buscemi, I hear, are in town to work on Spy Kids 2... Speaking of guests, the Bearded Clam Diggers tell me that Keb Mo' guitarist Clayton Gibb will be sitting in with them Jan. 26 at the Triple Crown in San Marcos and again at Room 710 in late February. The Diggers are also due to release a new disc titled Living on the Underground in the near future... Quick, when was the last time Stevie Ray Vaughan had a No. 1 album? Believe it or not, he's got one right now, as Live at Montreux is currently topping the Billboard Blues chart. A bit lower, at No. 10, SRV's also charting with Blues at Sunrise and at No. 13 there's brother Jimmie Vaughan asking the musical question Do You Get the Blues?... Sick of rock, country, blues, jazz, etc.? Well, there's still Celtic music. For a change of pace check out Clandestine, Ed Miller, and Poor Man's Fortune at the Elks Lodge on Dawson Road this Saturday starting at 7pm... The names continue to trickle in. This week's additions to the SXSW 2002 showcasing list include Acid Mothers Temple, Jon Auer, Cowboy Mouth, Firewater, the Frames, Her Space Holiday, Kinky, Luna, Magnapop, Mother Hips, the Polyphonic Spree, Rasputina, and Sparta. More next week -- and every week until March...